The once resilient Chinese economy did not dip below 6.4 per cent even during the 2009 world economic crisis during which the largely export dependent country came under heavy pressure due to the steady fall in its foreign trade 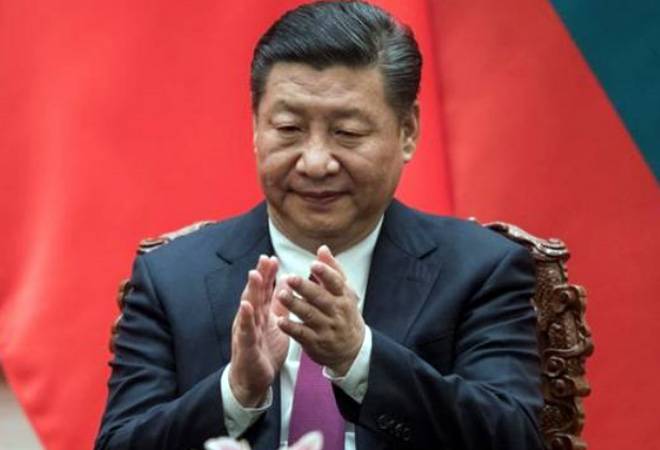 The US and China - the world's two largest economies - have been fighting a damaging trade war over the past year.

China's growth has slumped to 6.2 per cent in the second quarter of this year, its lowest level in nearly three decades, the government said Monday, as the world's second largest economy feels the pinch of a bruising trade war with the US and weak global demand. The Gross Domestic Product (GDP) growth slid from 6.4 per cent in the first quarter of 2019, according to government data released on Monday.

While the slowdown to 6.2 per cent is a 27-year low, it raised concerns as the once resilient Chinese economy did not dip below 6.4 per cent even during the 2009 world economic crisis during which the largely export dependent country came under heavy pressure due to the steady fall in its foreign trade. China's GDP expanded 6.3 per cent year-on-year in the first half of 2019 to about 45.09 trillion yuan (about USD 6.56 trillion), according to data released by China's National Bureau of Statistics (NBS).

The growth, however, was in line with the government's annual target range of 6.0-6.5 per cent for the whole year, down from the 6.6 per cent growth China put up in 2018. A breakdown of the data showed output of the service sector, which accounted for 54.9 per cent of the total GDP, rose seven per cent in the first half of the year, outpacing a three per cent increase in the primary industry and a 5.8-per cent rise in the secondary industry.

Consumption appeared to play a bigger role in driving economic growth as it contributed 60.1 per cent to the economic expansion in the January-June period, which officials consider encouraging. But the concerns remain as China's imports declined by 7.3 per cent in June. Since 2009, China has been trying hard to rejig its export dependent economy to the one more dependent on domestic consumption to halt the slowdown.

The economic data is still facing downturn pressure (in the second half of the year). While there are also many positive factors, the market vitality is gradually being stimulated, NBS spokesman Mao Shengyong told the media while releasing the data. The economic performance was generally stable and remained within a reasonable range, with progress being made in certain areas, he said.

In the first half of the year, 7.73 million new jobs were created in urban areas, completing 67 per cent of the annual target, the data said. At the end of the second quarter, the total number of rural migrant workers stood at 182.48 million, an increase of 2.26 million over the same period last year, up 1.3 per cent year-on-year. Another encouraging sign was that that China's marginalised private sector provided the main driver of industrial growth, expanded by 8.3 per cent in June and 8.7 per cent in the first half of the year, compared with 6.2 per cent and 5.0 per cent for state-owned enterprises over the same periods, respectively.

In June, retail sales expanded by 9.8 per cent year-on-year to 3.39 trillion yuan, 1.2 percentage points higher than the previous month. Also China's value-added industrial output, an important economic indicator, expanded six per cent year-on-year in the first half, NBS said. But the growth rate was 0.5 percentage points lower than that recorded in the first quarter of the year, it said.

High-tech industries maintained fast expansion, with the output for high-tech manufacturing up nine per cent year-on-year, three percentage points faster than overall growth. The value-added output of new energy vehicles and solar cells grew 34.6 per cent and 20.1 per cent, respectively. China's value-added industrial output is used to measure the output of large companies each with annual main business revenue of more than 20 million yuan (about USD 2.9 million), according to state-run Xinhua news agency.

The US and China - the world's two largest economies - have been fighting a damaging trade war over the past year. The US has imposed tariffs on USD 250 billion in Chinese imports, drawing retaliatory sanctions from Beijing on USD 110 billion in US products. President Donald Trump is asking China to reduce its massive trade deficit with the US which last year climbed to over USD 539 billion. He has also asked China to workout verifiable measures for the protection of intellectual property rights, technology transfer and more access to American goods in China. The trade war with the US has hit demand for China's goods, compounding slowing demand from the rest of the world.