Hubei province and its capital Wuhan, which were free from new coronavirus cases for the last 33 days, reported six asymptomatic cases on Wednesday, taking the total number of such patients in the province to 626 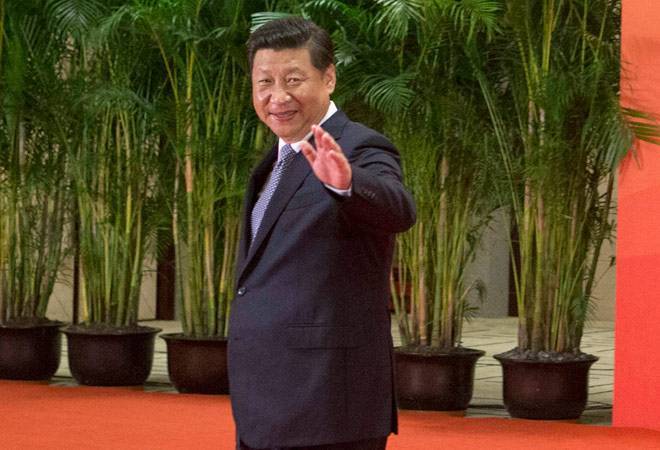 President Xi Jinping has cautioned people against complacency over the declining trend of coronavirus cases in the country as China on Thursday downgraded COVID-19 risk levels in all regions, signalling its successful containment. All regions in China have seen their risk level downgraded to the lowest level starting Thursday, state-run China Daily reported. China has already reduced risk levels in Hubei province and its capital Wuhan -- the epicentres of the virus, while business and factories across the country have resumed operations.

China's National Health Commission (NHC) on Thursday said while no new domestically transmitted coronavirus case was reported on Wednesday, two imported cases were detected. Hubei province and its capital Wuhan, which were free from new coronavirus cases for the last 33 days, reported six asymptomatic cases on Wednesday, taking the total number of such patients in the province to 626, the local health commission said. The total number of asymptomatic patients in the country now stands at 880.

Asymptomatic cases refer to people who are tested COVID-19 positive but develop no symptoms such as fever, cough or sore throat. However, they pose a risk of spreading the disease to others. No new fatalities were reported on Wednesday and the death toll in China remained at 4,633, the NHC said.

The total number of COVID-19 cases in China now stands at 82,885, it said. Meanwhile, President Xi in a meeting with the central guiding group for novel coronavirus prevention and control cautioned people against lowering their guard following the declining trend of the coronavirus cases in the country.

Addressing the meeting on Thursday, Xi said the spread of the virus overseas has not been effectively curbed yet and cluster cases were reported in a few areas in China, posing considerable uncertainty to the epidemic control. The epidemic prevention and control measures in Hubei should not be relaxed, Xi said.

Praising the work of the central guiding group, he said it has spared no effort to curb the spread of the virus and worked hard to build a strong first line of defence, making important contributions to winning the people's war against the epidemic. The group, headed by Premier Li Keqiang, spearheaded the fight against the COVID-19 since January fourth week.

Last month, China had announced to hold its annual parliament session from May 22, signalling that the pandemic which paralysed the country for over three months is finally under control. The session was earlier scheduled to be held from March 5 and got postponed for the first time due to the coronavirus outbreak.

The annual session of the national advisory body, the Chinese People's Political Consultative Conference (CPPCC), is also expected to be held in Beijing on May 21. China's GDP took the worst hit since the disastrous Cultural Revolution in 1976, plummeting by 6.8 per cent in the first quarter of 2020 as a result of the pandemic.

President Xi was reported to have said recently that the country must get ready for unprecedented external adversity and challenges in the long run over COVID-19 crisis . China is also fighting back mounting calls for an international enquiry into the origin of coronavirus and allegation that the COVID-19 broke out from Wuhan Institute of Virology, the country's premier lab researching a host of viruses.

US President Donald Trump has accused China for failing to tame the coronavirus at its very origin, saying it has led to 184 countries "going through hell. For its part, China is stonewalling any international enquiry asserting that the origin of the virus is a matter of science and should be studied by scientists and professionals and such investigations into the pandemics in the past have not achieved any conclusive results.

However, amid the global criticism, the World Health Organisation (WHO) has recently praised China for handling the coronavirus pandemic and said the countries need to learn from Wuhan on how the epicentre of the virus was bringing the society back to normal.