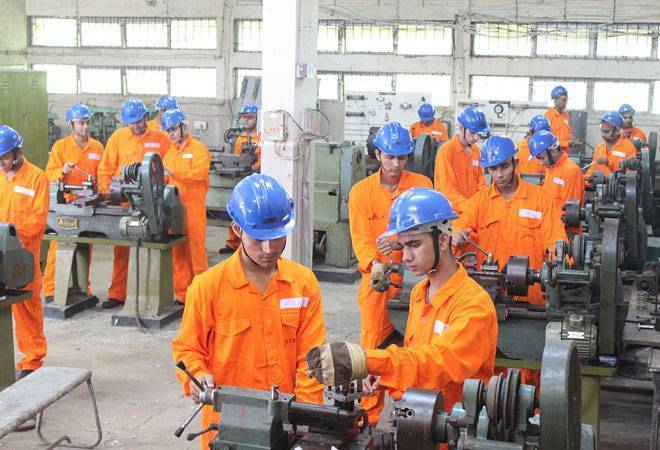 Bharatiya Mazdoor Sangh (BMS), the trade union affiliated to the Rashtriya Swayamsevak Sangh (RSS), has urged the government to desist from any anti-worker amendments in labour laws to facilitate shifting of companies from China or other countries. "China is notorious for not having democracy, any respect for human rights, labour law protection, active trade unions etc. India cannot be a good substitute for such undemocratic characteristics in the mad run to provide cheap labour," Saji Narayanan, national president, BMS says.

It also called for the adoption of an India-centric, Swadeshi roadmap for the post coronavirus economic development. "FDI and e-commerce should be restricted. Government should declare a stimulus package targeting mainly the working population and job intensive sectors like tiny, micro, small industries, agriculture and allied sectors," Narayanan said.

In a meeting with Union Labour Minister Santosh Kumar Gangwar, BMS said that the government should create a national register of migrant workers in the wake of coronavirus crisis. The migrant register will result in the creation of a data base providing them proper identity, portability, labour law protection and social security benefits. The organisation also complained that the Inter State Migrant Workers Act, 1979, is grossly violated when train fare is collected from workers, and contractors or principal employers don't provide wages or food in labour camps. The organisation called for the formulation of a National Migrant Workers Policy at the earliest.

According to BMS, state governments should not compel migrant workers to return home (reverse migration) to join their families during the COVID period. Instead, they should be provided incentives, insists Narayanan. Citing poor conditions of labour camps and absence of good employee-employer relationship as the reasons that prompt reverse migration, BMS wants industrial associations, trade unions, government officials and local elected representatives to collectively undertake a campaign to retain labour at the work places.

The labour union also highlighted the issue of delayed payments and wages to workers. "The 7th of every month is the due date for disbursal of wages...The central government should strictly monitor payment of wages," BMS demands. It added that daily wage workers were not getting their wages on time and faced job losses. Those working in fishing, beedi, garment, automobile industries have been deprived of their regular income. Home-based workers too have lost their livelihood during the lockdown, it said.

The union urged opening up of industrial, supply chain and other activities in all parts of the country except COVID hotspots. BMS wants the labour ministry to write to states to not cut salaries of government employees. Huge salary cuts have been made by nearly 14 state governments apart from freeze on Dearness Allowance (DA) hike  by the central government, Narayanan said.

"No guarantee is given whether the amount so withheld will be returned. BMS opposes the unilateral decision on DA freezing. Low-wage employees should be exempted from the freeze," he added. Other demands include protection of monthly pension payouts and demand side incentives to jump start worst-hit sections of the economy such as hotels, cinema, transport, travel and tourism.

The labour union also criticised the move of some state governments to increase the working hours. "It should be immediately reversed as it is against ILO conventions and the existing labour laws. India should be a model to other countries in respecting International Labour Standards set by ILO," Narayanan points out.

'There is no free lunch': CEA Subramanian warns against comparing economic stimulus with other nations