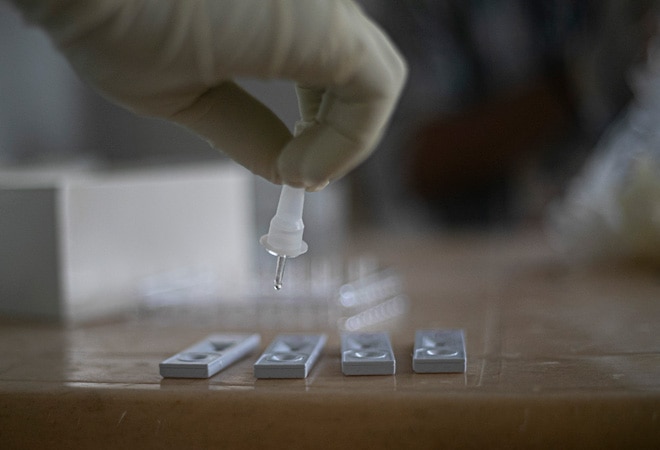 Officials say the Paris region may be headed toward a new lockdown as new variants of the virus fill up intensive care units and limited vaccine supplies drag down inoculation efforts.

Special medical planes dispatched patients from the Paris area to less-saturated regions over the weekend.

"If we have to lock down, we will do it," the head of the national health agency, Jerome Salomon, said on BFM television Sunday. "The situation is complex, tense and is worsening in the Paris region."

Salomon acknowledges that a nationwide 6 p.m. curfew "wasn't enough" in some regions to prevent a spike in cases, notably of the variant first identified in Britain.

The French government has been relying on curfews for months -- along with the long-term closures of restaurants and some other businesses -- to try to avoid a costly new lockdown.

But localised outbreaks are raising questions about the government's virus-fighting strategy.

Salomon says France has more people in intensive care for COVID-19 and other ailments - about 6,300 -- than the overall number of ICU beds it had going into the pandemic.