The vaccines from the U.S. drugmaker and its German partner BioNTech would be delivered over 2021-2023, Commission President Ursula von der Leyen said during a visit to Pfizer's vaccine plant in Puurs, Belgium 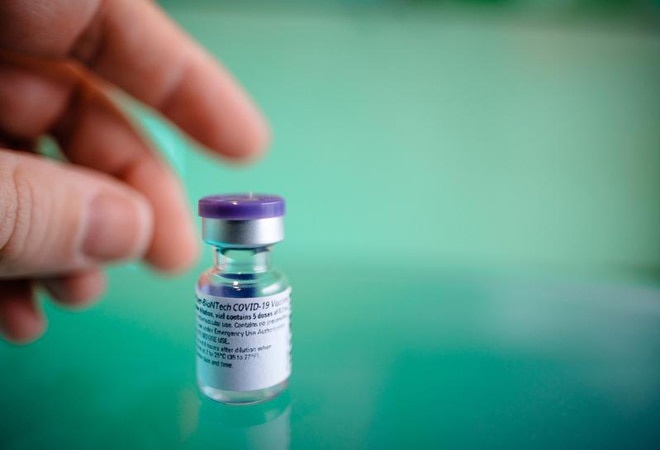 The European Commission said it expects to seal the world's biggest vaccine supply deal within days, buying up to 1.8 billion doses of Pfizer's COVID-19 vaccine for the next few years as a debate rages over unfair access to shots for the world's poorest people.

The vaccines from the U.S. drugmaker and its German partner BioNTech would be delivered over 2021-2023, Commission President Ursula von der Leyen said during a visit to Pfizer's vaccine plant in Puurs, Belgium.

The agreement would be enough to inoculate the 450 million EU population for two years and comes as the bloc seeks to shore up long-term supplies.

This is the third contract agreed by the bloc with the two companies, which have already agreed to supply 600 million doses of the two-dose vaccine this year under two previous contracts. Brussels is aiming to inoculate at least 70% of EU adults by July.

The move comes as the Commission looks to sever ties with AstraZeneca after the drugmaker slashed its delivery targets due to production problems. On Friday it was deciding whether to take legal action against the British-Swedish pharmaceutical company.

An EU official said the supply deal was agreed in principle but that both sides needed a few days to iron out final terms.

"We will conclude in the next days. It will secure the doses necessary to give booster shots to increase immunity," von der Leyen said at a briefing at the Puurs factory.

Pfizer has scrambled to boost output in recent months at its U.S. and Belgian plants to meet growing demand.

Bourla said Puurs is expected to have the capacity to produce more than 100 million doses by May.

Separately, the EU drug regulator said it had approved an increase in batch sizes for shots made there, which von der Leyen said will mark a 20% increase in output.

A company official said it has exported about 300 million vaccines to more than 80 countries around the world.

Still, the deal will likely stir the debate about the widening gap with lower-income countries as the world's wealthiest nations scoop up stocks and race ahead with inoculation campaigns.

The United States has given more than 40% of its population at least one dose, while in India, where infections have hit records, only 8% have had a first dose and many African countries only 1%, according to a Reuters analysis.

On Friday, World Health Organization (WHO) director-general Tedros Adhanom Ghebreyesus said vaccines remain out of reach in the lowest-income countries, in comments made marking the first anniversary of the COVAX dose-sharing facility.

The EU supply deal is also the latest move by Brussels to increase its bets on the messenger RNA (mRNA) technology the companies use and sidelines those using viral vector technology deployed by AstraZeneca and Johnson & Johnson.

The Astra and J&J vaccines have been linked with a very rare, but potentially fatal side effect.