Zuckerberg last appeared before Congress in April 2018 when he fielded 10 hours of questions over two days from House and Senate panels on political consulting firm Cambridge Analytica's misuse of Facebook customer data to interfere in the U.S. presidential election. 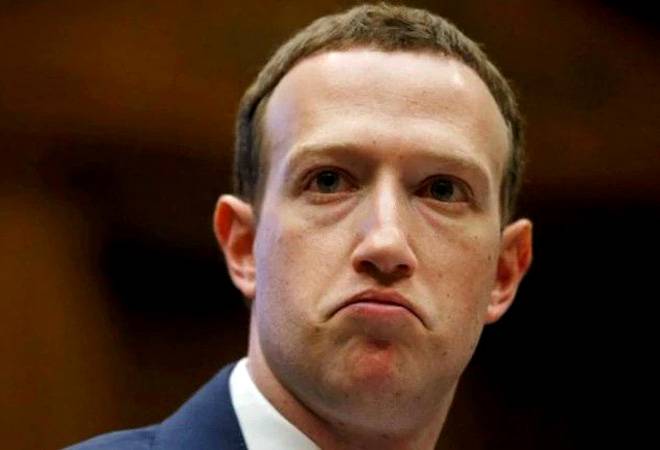 Libra, Facebook's digital currency project, has faltered in recent weeks amid sustained criticism from lawmakers and regulators over fears it may aid money laundering and upend the global financial system.

Facebook Inc chief executive Mark Zuckerberg will be grilled by lawmakers over the company's plan to launch a digital currency and efforts to prevent foreign election interference when he appears before a Congressional panel on Wednesday.

Libra, Facebook's digital currency project, has faltered in recent weeks amid sustained criticism from lawmakers and regulators over fears it may aid money laundering and upend the global financial system.

That political heat has led several of its key financial partners including Mastercard, Visa, PayPal and eBay to abandon the project.

Zuckerberg will try to reassure sceptical lawmakers on the House Financial Services Committee that the project will meet strict regulatory standards, poses no threat to sovereign currencies, and will steer well clear of the monetary policy arena, according to prepared testimony released Tuesday.

Also Read:Mark Zuckerberg to testify before US panel over Facebook's cryptocurrency plan

He is also likely to be quizzed on the company's steps to combat misinformation and voter suppression ahead of the November 2020 U.S. presidential election.

The company disclosed on Monday it had removed a network of Russian accounts targeting U.S. voters on Instagram, which Facebook owns.

"If Mr Zuckerberg wants to be king, he can be king of the social networks. But I don't want him to have the additional arsenal of financial data on people," Rep. Sylvia Garcia, a Democrat from Texas who sits on the committee told reporters on Tuesday. "We're prepared for an interesting hearing tomorrow."

Zuckerberg last appeared before Congress in April 2018 when he fielded 10 hours of questions over two days from House and Senate panels on political consulting firm Cambridge Analytica's misuse of Facebook customer data to interfere in the U.S. presidential election.

That scandal badly damaged Facebook's image in Washington and has compounded worries among lawmakers that the social media giant cannot be trusted to launch a global digital currency to its 2.4 billion users.

While acknowledging the company's mistakes, Zuckerberg will argue Facebook can still be a force for good and that Libra, whose operations will be based in Switzerland, will help address global financial inclusion problems.

"I understand we're not the ideal messenger right now. I'm sure people wish it was anyone but Facebook putting this idea forward," he will say, according to his testimony. "But I think it would be bad for our country and the world if companies were discouraged from taking on challenges like these."

The hearing will be led by Democratic Representative Maxine Waters, the panel's fiery chair who has slammed the Libra project.

She has called on Facebook to halt its planned 2020 launch and has drafted legislation that would bar tech companies from entering financial services.

She previously called David Marcus, the Facebook executive who is now leading the Libra project, to testify before the committee in July.

He told reporters last week that Zuckerberg will be unable on Wednesday to make commitments on behalf of Libra because Facebook no longer controls the project.

On Oct. 14, the Libra Association comprising 21 members agreed articles of association laying out how the organization will be governed, as required by Swiss law. Most decisions will require a majority vote of the group's governing council, meaning Facebook will not be able to call the shots.

Wednesday's hearing is also likely to address antitrust concerns after 46 attorneys general joined a New York-led antitrust investigation of the company, officials announced Tuesday, ramping up a bipartisan probe of the tech giant that could force an overhaul of its business.