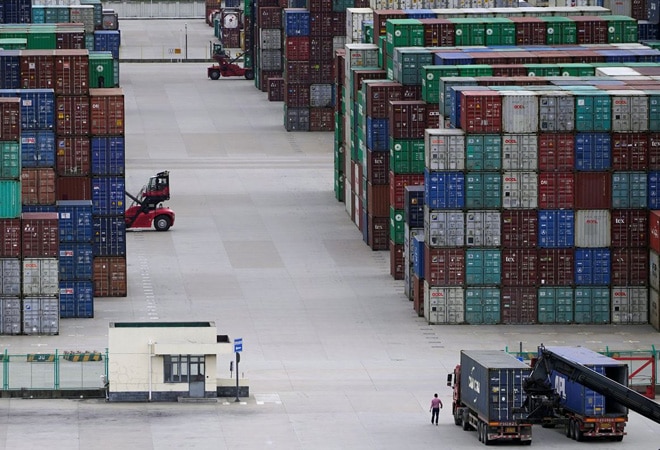 Processing at the Yantian container terminal in Shenzhen, Guangdong has nosedived due to rise in COVID-19 cases in the province (Representative image, Reuters)

A coronavirus outbreak in China's southern Guangdong province is hindering trade activity at some of the country's biggest ports. The rise in COVID-19 infections in the province has sparked fears of further disruption in international trade that may drive the price of China's exports.

Over 100 fresh cases have been reported since May 21 in Guangdong, China's manufacturing hub and biggest province by economic output.

Spooked by the rise in the number of infections, the Chinese government imposed strict counter-measures. Processing at the Yantian container terminal in Shenzhen has nosedived.

The port had suspended exports for around a week last month after workers tested COVID positive. There has also been a steep drop in the number of ships docking as authorities imposed precautionary measures to stem coronavirus cases.

The curtailment of operations at Yantian has exacerbated congestion at the nearby Chinese ports of Shekou and Nansha. This highlights the susceptibilities of global shipping to outbreaks in China, where new infections though have remained low in contrast to other major economies over the past year.

"It's a question of the size of the terminal," Lars Mikael Jensen of Maersk told the Financial Times. "This is a terminal that is active in all markets, one of the biggest in the world and it leads to some sort of ripple effect, he added.

Meanwhile, the authorities in Guangdong province have stepped up mass testing this week in a handful of cities, including those that have yet to report a single case.

Also Read: US report concludes COVID-19 may have originated from Wuhan lab

The province has reported more than 110 confirmed cases since May 21. Its provincial capital Guangzhou has accounted for almost 90% of the confirmed cases, spurring the city of over 18 million people to ramp up mass testing.

While the numbers of confirmed infections and asymptomatic cases remain small compared to massive outbreaks seen in other countries such as India and Brazil, China is taking no chances.

On June 7, China reported 33 new coronavirus cases on the mainland, up from 19 cases a day earlier, the National Health Commission said on Tuesday. Of the new cases, 19 were local transmissions from Guangdong, the health authority added.