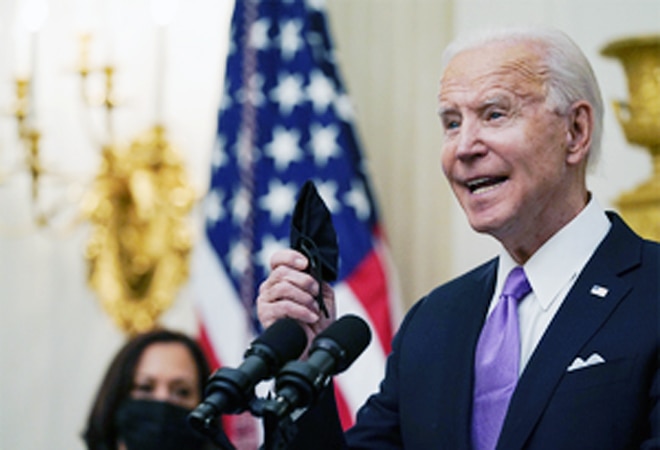 India-US partnership is built on the foundation of shared values and they are looking forward to working with the Biden administration, said Indian Ambassador Taranjit Singh Sandhu in his Republic Day address on Tuesday.

"In all of this, the Indian-American community is a critical pillar of our relationship with the US," Sandhu said, adding that he is confident that the community will continue to play its important role in bringing the two nations closer.

"India-US partnership is built on the foundation of shared values - democracy, pluralism and the rule of law. From outer space to nanotechnology, Indo-Pacific to climate change, healthcare to education and IT, there is a recognition that our partnership can benefit, not just our two nations, but the entire world," he added.

On the fight against coronavirus, Sandhu said both in the US and India, vaccines have been developed and large-scale vaccination programmes have begun.

"In India, we are undertaking the world's largest vaccination drive. The Government of India has taken special care to ensure that made in India vaccines are also made available to other countries, our neighbours, friends and partners," said the ambassador.

As the Prime Minister Narendra Modi has described it, India's strength as a "pharmacy of the world" will contribute towards making a safer and healthier world, he said.

Sandhu said as the country emerges out the pandemic, it will continue to focus on strengthening the economy and building on the reforms that have been undertaken in various sectors.

"Despite the pandemic, foreign investments have continued to grow, a recognition of the tremendous confidence the world has in India," Sandhu said.

Celebrated virtually due to the coronavirus pandemic, India's 72nd Republic Day event was attended by hundreds of Indian Americans from across the country.

The Address by the President of India on the eve of Republic Day was played.

This was followed by a short cultural programme involving local artistes and rendition of patriotic songs by students of Gandharva School of Music, Richmond, and a violin recital by Kamalakiran Vinjamuru.

Also Read:Biden stimulus plan could boost US output by 5% over 3 years: IMF