Out of the seven deals, three were in the field of space technology. 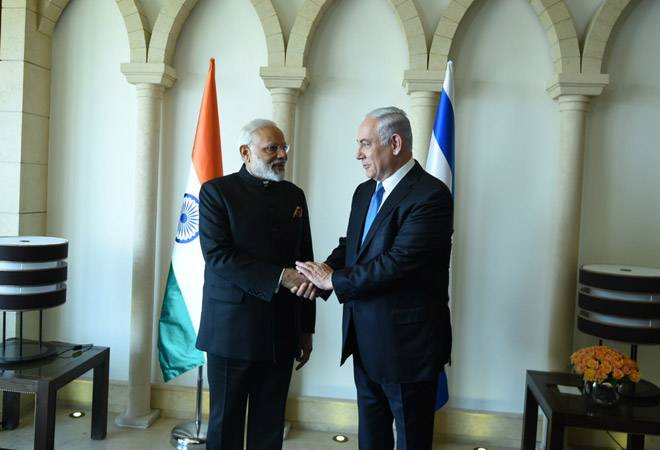 The deals were signed in the presence of Indian Prime Minister Narendra Modi, who is on his maiden visit to the Jewish nation, and his Israeli counterpart Benjamin Netanyahu. Touted to be a landmark visit, this is the first instance that an Indian Prime Minisrter has visited Israel. This year also marks the 25th anniversary of India-Israel bilateral relationship.

Three of the seven agreements signed today are related to cooperation in the field of space technology. The first agreement signed was a Memorandum of Understanding on cooperation in electric propulsion for small satellites, and the second one was another MoU on cooperation in GEO-LEO Optical Link. Space agencies of the two countries, Indian Space Research Organisation (ISRO) and Israel Space Agency (ISA), signed a Plan of Cooperation in atomic clocks.

India's Ministry of Drinking Water and Sanitation signed a MoU with Israel's Ministry of National Infrastructure, Energy and Water Resources to carry out a national campaign for water conservation in India.

The two countries also agreed to make a stand together against terrorist outfits and those supporting them.

"India has suffered firsthand the violence and hatred spread by terror. So has Israel. Prime Minister Netanyahu and I agreed to do much more together to protect our strategic interests and also cooperate to combat growing radicalization," Modi said