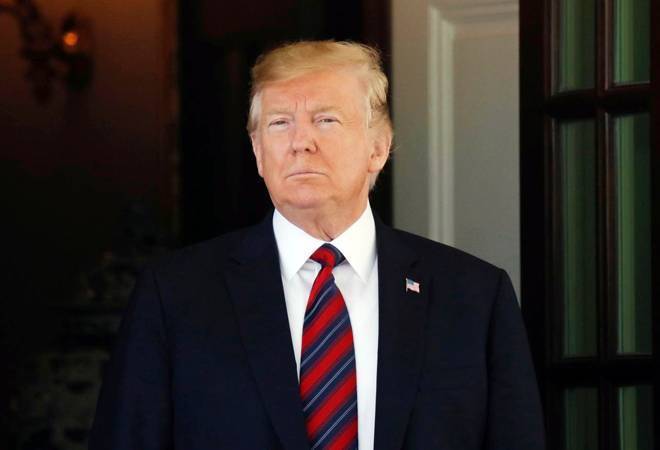 The nomination of Donald Trump for the Nobel Peace Prize for brokering the landmark Israel-UAE deal is a "hard-earned and well-deserved honour," the White House has said, underlining that the US President has made peace a cornerstone of his foreign policy efforts.

Far-right Norwegian lawmaker Christian Tybring-Gjedde on Wednesday nominated Trump for the Nobel Peace Prize for his work in mediating the deal between Israel and the UAE which is seen as a historic step towards peace in the Middle East.

The UAE is only the third Arab country to establish diplomatic ties with the Jewish state. Israel's neighbours, Egypt and Jordan, being the other two Arab states to recognise Israel. "President Trump was nominated for the Nobel Peace Prize in recognition of his work in brokering an Israel-United Arab Emirates peace deal. It was a historic deal and the first such deal in over two decades. This is a hard-earned and well-deserved honour for this President," White House Press Secretary Kayleigh McEnany said on Wednesday.

President Trump has made peace a cornerstone of his recent foreign policy efforts, she said. In his nomination letter, Tybring-Gjedde, a member of the Norwegian Parliament for the far-right Progress Party, also cited Trump's key role in facilitating contact between conflicting parties and creating new dynamics in other protracted conflicts, such as the Kashmir border dispute between India and Pakistan, and the conflict between North and South Korea, as well as dealing with the nuclear capabilities of North Korea, the Fox News reported.

Trump has repeatedly in the past offered to mediate between India and Pakistan on the Kashmir issue. However, India has maintained that the Kashmir issue is a bilateral one and no third party has any role. McEnany said that the president's foreign policy will always be one of peace through strength, and that is what the American people are seeing abroad. "Career politicians merely talk about the kind of results this president has achieved on the world stage," she said.

"These wins are possible because of the President's leadership and outsider perspective. President Trump addresses old challenges with new solutions and delivers results for the American people," she said.

Highlighting Trump's initiatives, McEnany said that the US has announced a drawdown of troops in Iraq from 5,200 to 3,000. "We've secured better trade deals for the American worker. President Trump negotiated the USMCA (United States-Mexico-Canada Agreement), the U.S.-South Korea deal; ended the Trans-Pacific Partnership; brought back manufacturing jobs," she said. "President Trump has stood up to China: the phase one China deal; also tariffs to hold China accountable; and actions to block Huawei," she said.

President Trump has also defeated terrorists. The ISIS caliphate is destroyed. Al-Baghdadi is no longer on the battlefield, along with Iranian General Soleimani, she said. He has also brokered economic normalisation between Serbia and Kosovo, a major breakthrough in this decades-old conflict, McEnany added.