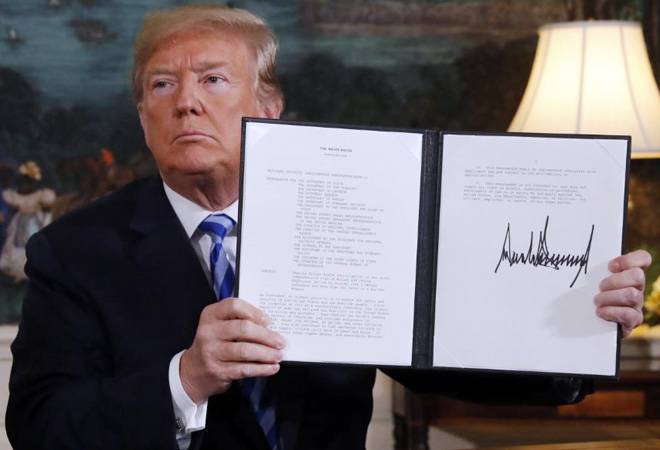 Two U.S. Republican lawmakers on Wednesday opposed the impeachment of President Donald Trump with remarks that alluded to the Biblical account of the crucifixion of Jesus Christ, causing the phrase "Trump to Jesus" to trend on Twitter. "When Jesus was falsely accused of treason, Pontius Pilate gave Jesus the opportunity to face his accusers," Representative Barry Loudermilk of Georgia said on the floor of the U.S. House of Representatives, saying Jesus received a fairer trial than Trump, who has been accused of abusing his power and obstructing Congress.

"During that sham trial, Pontius Pilate afforded more rights to Jesus than Democrats have afforded this president in this process," the lawmaker added.

Pilate was the Roman governor who presided over the trial of Jesus and ordered his crucifixion in the New Testament of the Bible.

After Loudermilk's remarks, "Trump to Jesus" was among the top phrases trending on Twitter, just behind #ImpeachmentDay. "Pontius Pilate" also made it into the top 10 trending in the United States.

Loudermilk, a conservative Republican first elected to the House of Representatives in 2014, made his remarks during a multihour debate in the Democratic-controlled House ahead of the historic vote.

Loudermilk represents a solidly Republican district in the Atlanta area. A Baptist, he authored the book "And Then They Prayed," featuring stories of historical American figures at prayer.

After the House vote, which is expected to break along party lines, the Republican-controlled Senate will conduct a trial with lawmakers there acting as jurors and House members as prosecutors.

Senate Majority Leader Mitch McConnell told reporters on Wednesday that the trial would be as short as possible. The calling of witnesses is not expected.

Loudermilk is not the only Republican to draw a vivid historical analogy during the impeachment process.

Later in the debate, Representative Fred Keller, a Republican from Pennsylvania, said: "Father, forgive them, for they know not what they do." The Gospel of Luke quotes Jesus as speaking that phrase just before he died on the cross.

On Tuesday, Trump himself said in an angry six-page letter to House Speaker Nancy Pelosi that "more due process was afforded to those accused in the Salem Witch Trials."

The Salem Witch Trials of individuals accused of witchcraft took place in Massachusetts in the 1600s. About 20 people were executed, mostly via hangings, according to historians.