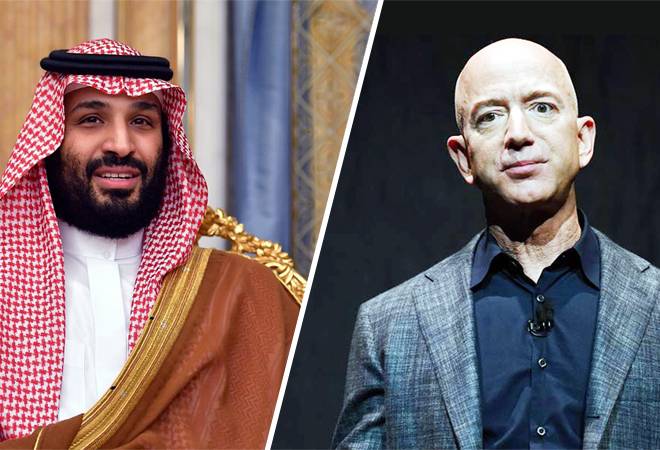 Bezos and Saudi Crown Prince had exchanged friendly messages on WhatsApp on May 1, 2018, after which the unsolicited video was sent from bin Salman's number

Bezos phone's security was compromised after he opened a malicious video file sent from the crown prince's number on his WhatsApp.

Citing anonymous sources in the know of an international probe into the (hacking) matter, The Guardian reported that the two (Bezos and Saudi Crown Prince) had exchanged friendly messages on WhatsApp on May 1, 2018, after which the unsolicited video was sent from bin Salman's number.

The daily has cited digital forensic analysis and said the hacking targeted unknown contents of Bezos' personal cellphone during a WhatsApp conversation with bin Salman. However, Saudi Arabia said the allegation was "absurd".

Becker linked the hack to the Washington Post's coverage of the murder of Saudi journalist Jamal Khashoggi in Istanbul. Khashoggi was killed in October 2018 - five months after the alleged "hacking" of Bezos' phone.

The Washington Post had done a relentless coverage on Khashoggi's murder.  Later, the CIA eventually determined the murder was personally ordered by the crown prince himself, despite the numerous trial.

Reports say that hacking Bezos' phone may have been a way to gain leverage over the Amazon CEO due to the Post's critical coverage of the Saudi Kingdom, which included columns from Khashoggi himself before his death.

Toyota, Honda recall over 60 lakh vehicles due to glitches in air bag