Currencies and stock markets in the region have tumbled to multi-year lows, pulling global markets in their wake, as worries about China played into broader concerns about global growth, a collapse in commodity prices and the timing of a rise in US interest rates. 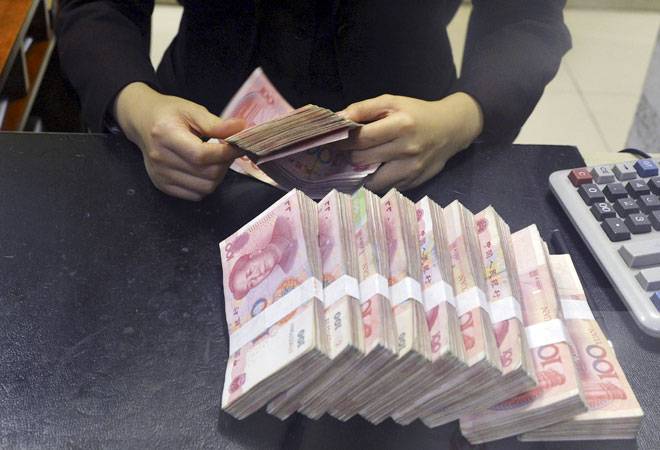 Faced with falling exports and deflation risks, it suited much of Asia to let their currencies drift lower, until China's abrupt devaluation triggered a tide of volatility that is upsetting not just their currency management but also their growth strategies.

China's 2 per cent devaluation on August 11 added to evidence that its economy was struggling, and overseas it caused a ripple of panic that a currency war was in the offing.

Currencies and stock markets in the region have since tumbled to multi-year lows, pulling global markets in their wake, as worries about China played into broader concerns about global growth, a collapse in commodity prices and the timing of a rise in US interest rates.

Suddenly, in a region still haunted by memories of destabilising currency devaluations during the 1997/98 Asian crisis, the option of a gently sliding currency has been taken off the table by a freefall that threatens a destabilising flight of capital, sharp market swings and a spike in the cost of funds.

Central banks from South Korea to Thailand have deferred rate cuts, which would put further downward pressure on vulnerable currencies, with the result that growth and stimulus plans are likely to take a back seat.

Bank Indonesia kept its main interest rate unchanged at a policy review last week, making clear currency stability is foremost among its priorities, even though the economy has slowed to its weakest pace in six years and inflation is falling.

The central bank said it was aggressively intervening in the rupiah markets and even mopping up short-term cash to stop investors speculating against the currency.

Indonesia is particularly vulnerable after a sharp loss of 14 percent in the rupiah against the dollar so far this year, low forex reserves and a heavy dose of foreign money in its debt markets.

But even central banks such as India's and Singapore's are unlikely to be able to cut rates while markets remain volatile.

"Asian authorities have got to be willing to stomach high interest rates for a while," said Cliff Tan, head of east Asian markets research at Mitsubishi UFJ in Hong Kong.

Capital Economics analysts Gareth Leather and Daniel Martin said in a note to clients that Malaysia and Indonesia might even be forced to raise rates "if the currency sell-off became a rout".

Citibank has already cut its Asian growth forecast for 2015 to 6 per cent from 6.1 per cent, citing the volatility associated with China's weakening of the yuan, its slowing growth and the possible adverse policy reaction among other countries.

It cut its forecast for Thailand's growth to 2.7 per cent from 3.5 per cent.

Though Thailand has admitted its economy wil be weaker than forecast and had welcomed depreciation in the baht as a remedy, its central bank voted to keep rates steady in August and alluded to financial market volatility as a factor. The baht hit its weakest levels since 2009 this week and most of the baht's 8 per cent losses this year against the dollar have been in the past couple of months.

"It's clearly a bit uncomfortable. I would expect them to start to think this is unwelcome volatility rather than welcome depreciation," said Richard Yetsenga, global head of financial markets research at ANZ in Sydney.

South Korea's central bank turned swiftly defensive of the won this week as it hit its lowest in nearly four years, selling dollars to slow the won's decline.

That's a turnabout from its tactics earlier this year to weaken a currency that had become less competitive against Japan's sharply weaker yen. It also kept rates unchanged this month, two days after China's devaluation.

MUFJ's Tan reckons Asian central banks could coordinate policies better and be more proactive in using their trillions of dollars in currency reserves to defend their currencies.

"Asian central banks are already on the defensive, but the question is a strong versus a weak defence. They have a chance to prove that, by driving rates up and making it very expensive to hold these short-term positions."