Tata Sons Chairman Natarajan Chandrasekaran on Friday said that the conglomerate will clear its stand on buying a stake in debt-ridden Air India by mid-May. In an interview with CNBC TV18, Chandrasekaran said: "The deadline has got extended till middle of May. We might take a call around that." The deadline for submitting initial bids is on May 14.

Earlier, a Reuters report had said that the Tata Group was not very keen on bidding for the loss-making national carrier, given that the government's terms are 'too onerous'. The Tata Group already owns stakes in two airline joint-ventures - Vistara and AirAsia.
The government has decided to put the debt-ridden airline on the block and plans to divest a 76 per cent stake in it. While it wants to divest a 100 per cent stake in Air India Express Ltd, it seeks to shed 50 per cent of its holdings in Air India SATS Airport Services Pvt. Ltd by May 28. 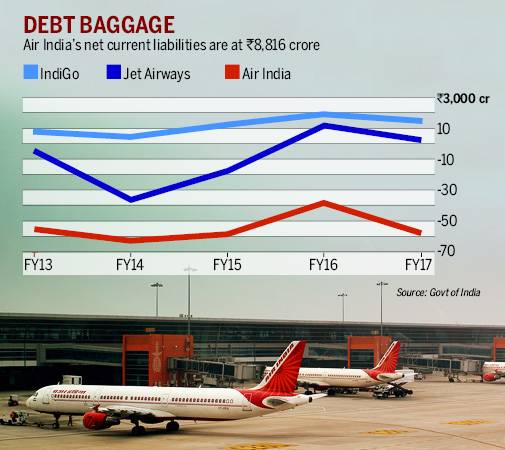 But certain preconditions set by the Centre have not found favour with potential buyers of the ailing national career.

According to the guidelines, the winning bidder will not be allowed to merge the airline with existing businesses as long as the government holds a residual stake, besides it may also be asked to list it on the bourses.

To safeguard employee interests, the government has also sought to enforce a rider, wherein the new management will not be allowed to reduce staff strength.

Since the Centre made the new terms of the sell-off public, Jet Airways and IndiGo have opted out of the race. However, four international carriers, including British Airways, Lufthansa, Etihad and Singapore Airlines, may still be interested and are looking for Indian partners to pick up stake in Air India.

According to Air India chairman and managing director, Pradeep Singh Kharola, it has registered around 11 per cent growth in revenue in 2016-17, and its fiscal and performance parameters were good.
It posted revenue of Rs 22,177.68 crore last fiscal year, compared to Rs 20,610.33 crore in 2015-16.

The civil aviation ministry in February had said the national carrier's overall performance has been "consistently improving" and it had more than doubled its operating profit to Rs 298.03 crore in 2016-17.