For cabin crew, the cut in the flying allowance has been reduced to just 5 per cent of pre-pandemic levels.
Mohammad Haaris Beg

"As the hope of a post-pandemic world seems within reach and the Aviation Sector takes off once again with some visible changes in our performance, we are happy to inform you that your salary cuts have been reviewed and the restoration of salaries will happen in a phased manner The following changes will be implemented w.e.f. April 2022," wrote Air India as part of an organisational announcement.

For cabin crew, the cut in the flying allowance has been reduced to just 5 per cent of pre-pandemic levels.

The salary restoration of other Air India employees has been done as per the following matrix: 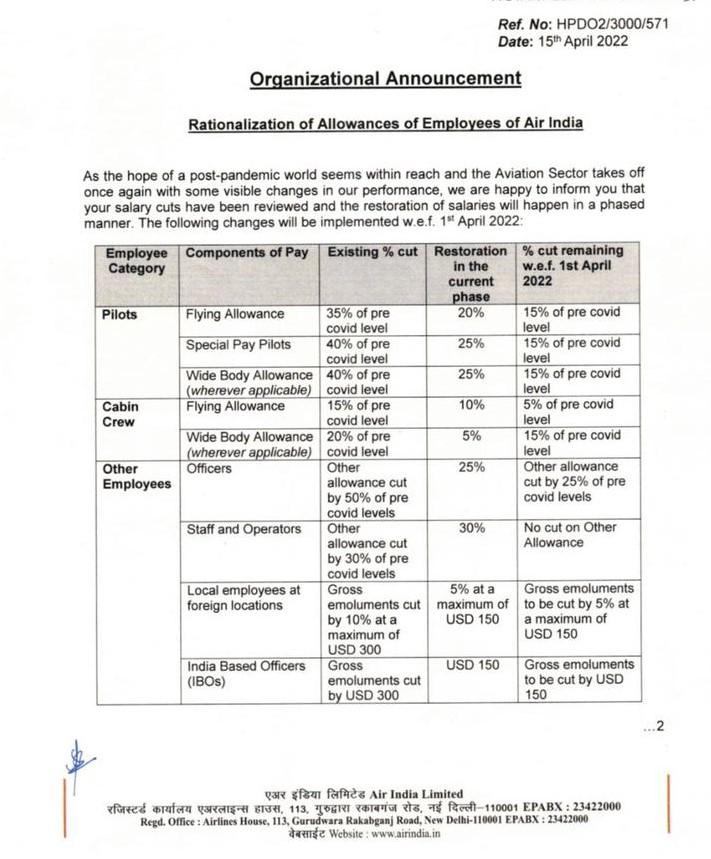 Chandrasekaran was appointed the new Chairman of Air India on March 14. That came after Turkish national Ilker Ayci declined to be the Chief Executive Officer of the airline. On October 8, 2021, the government announced that Talace Private Limited -- a wholly-owned subsidiary of Tata Sons -- had won the bid to acquire debt-laden Air India. Tata had outbid a consortium led by SpiceJet promoter Ajay Singh by offering Rs 18,000 crore.