Unlike earlier, FY21 saw private equity investors focus majorly on portfolio deals across multiple cities and assets, rather on specific projects or cities

Indian real estate recorded its highest-ever PE investments since FY16 despite the disruption caused due to the pandemic. More than $6.27 billion were pumped into the sector in FY21 as against $5.8 billion in FY20 - an increase of 19 per cent in one year, highlights an ANAROCK report. 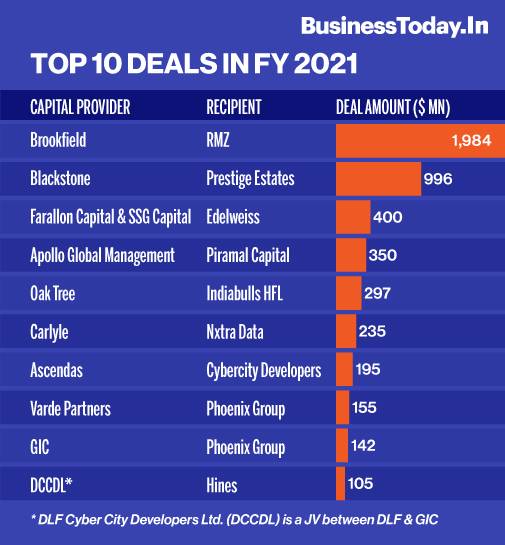 Though fiscal 2021 was an unprecedented year due to the pandemic, foreign PE funds showed much optimism for India. As much as 93 per cent of the total PE investments pumped into Indian real estate were by foreign investors. In actual terms, investments by foreign PE funds almost doubled from $3 billion to $5.8 billion in FY21. In contrast, domestic PE funds invested merely $300 million compared to $420 million in FY20, the report added.

The average ticket size of PE deals rose by 62 per cent in the fiscal year - from $110 million in FY20 to $178 million in FY21. Both structured debt and equity witnessed strong growth during the year at 84 per cent and 15 per cent, respectively. Structured debt was largely towards portfolio deals instead of project-level assets.