In an exclusive interaction with BusinessToday.In, Manish Chopra, Facebook India's Director and Head of Partnerships, says the viewership of live games on the platform in India has seen phenomenal growth.

Remember the time when playing Farmville or Candy Crush and showing off the post on your friend’s feed was a rage? Fast forward to 2021, and the scenario has changed completely. Now your game moves could have millions of live viewers who are willing to even pay for playing games online. Well, that is what social media giant, Facebook is trying to bring to the gaming industry in India, which is one of its top three markets globally for the vertical. The Covid-19 pandemic has proven to be a shot in the arm for online gamers with the mobile gaming industry alone estimated to grow to $7 billion by 2021, according to the Internet and Mobile Association of India.

Facebook India’s Director, Head of Partnership, Manish Chopra, in an exclusive conversation with BusinessToday.In, points out that not just casual gamers, the live-game viewership has also seen explosive growth by a whopping 530 per cent, which is almost 6X of the past year in India. Notably, 200 million people watch games on the Facebook platform every month globally which includes viewing live games as well as videos on demand. “India is one of the top countries; in fact, we ranked third within the Facebook world in terms of a gameplay session. So a massive amount of gameplay is happening in India. The other aspect that has grown substantially is viewership of live gaming video that has grown dramatically and that's grown by almost 6X. It fundamentally shows that there is a secular organic growth that is happening on gameplay on Facebook,” the top executive said.

The company, although, doesn’t break down the numbers on a country-wide basis for the casual gamers, but does claim that, on a global level, 380 million people play casual games on Facebook and in India alone 234 million gaming sessions were recorded over the past two months. This kind of traction that Facebook has seen for its gaming vertical, according to Chopra, is sustainable, and the trend has only accelerated with the new normal.
Amongst the hugely popular games being currently streamed on Facebook include PUBG mobile, Garena, Freefire, Battlegrounds, and Grand Theft Auto. Chopra said that an evolving trend that Facebook has seen in India when it comes to gaming, is community-level participation, with nearly 20 million people in the country active on various Facebook gaming groups. 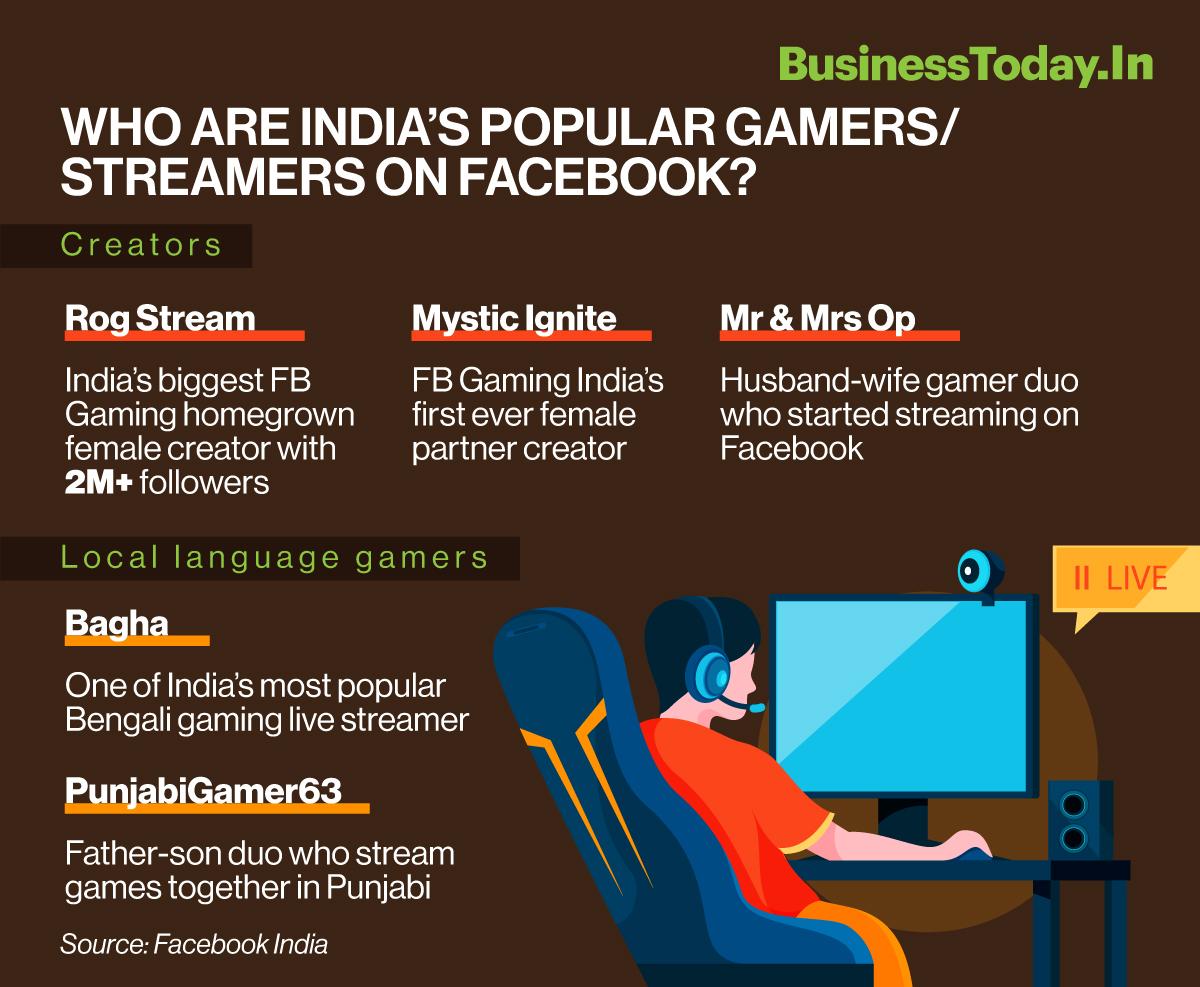 Now, although Facebook is hugely betting on casual gamers and has no plans to foray into real-money gaming, it intends to bring revenue resources for its pool of streamers. Chopra said that the platform has multiple programmes to ensure monetisation for gaming streamers.

“For aspiring creators, in particular, they haven't got very large audiences as such. We bring them into a programme that we call Level Up. At Facebook, we ensure that they can create the amount of content, [along with] the number of live streams, so that [then] they can build an audience. We find that that's the first feature that works," Chopra said.

The social media giant also has a distinct programme for well-established gamers and through both the initiatives, Facebook puts up the recorded, live gaming videos on the platform and subsequently shares a part of the advertising revenue from the advertisements played during the sessions.
Now, another interesting revenue stream for the gamers is when the viewers pay them digital tokens or stars which is a micro-payment system. Best described as a sort of “paying tips to the gamers” by Chopra, he points out that in India, ever since the introduction of the digital-reward payment system in July-August, 3.8 million stars were paid to the casual gamers/ streamers.

Online gaming, for long, was perceived as a male bastion, but according to Facebook’s Chopra, now, this domain has become more inclusive and community-driven with women actively participating in the trend. There is also increasing participation being witnessed from cities beyond the metros, and this is primarily because of the integration of local languages on the platform.