News
LATEST
Corporate
The only thing lavish about me is my dreams, ability: Ashneer Grover to BharatPe

The only thing lavish about me is my dreams, ability: Ashneer Grover to BharatPe

"I am appalled at the personal nature of the company’s statement, but not surprised," Grover said, reacting to BharatPe's allegations

Former BharatPe Managing Director, Ashneer Grover has said that the fintech company board has used its personal hatred against him
Bismah Malik

The war of words between Ashneer Grover and fintech unicorn BharatPe just took a new turn with Grover alleging today that it is personal hatred and low thinking of the company's board which has led the firm to issue a statement of personal nature.

"I am appalled at the personal nature of the company’s statement, but not surprised. It comes from a position of personal hatred and low thinking. I think the Board needs to be reminded of $1M of secondary shares investors bought from me in Series C, $2.5M in Series D and $8.5 M in Series E. I would also want to learn who among Amarchand, PWC and A&M has started doing audit on ‘lavishness’ of one’s lifestyle ? The only thing lavish about me is my dreams and ability to achieve them against all odds through hard work and enterprise. I hope the Board can get back to working soon - I as a shareholder am worried about the value destruction. I wish the Company and the Board a speedy recovery,” Grover said in response to a query by BT. 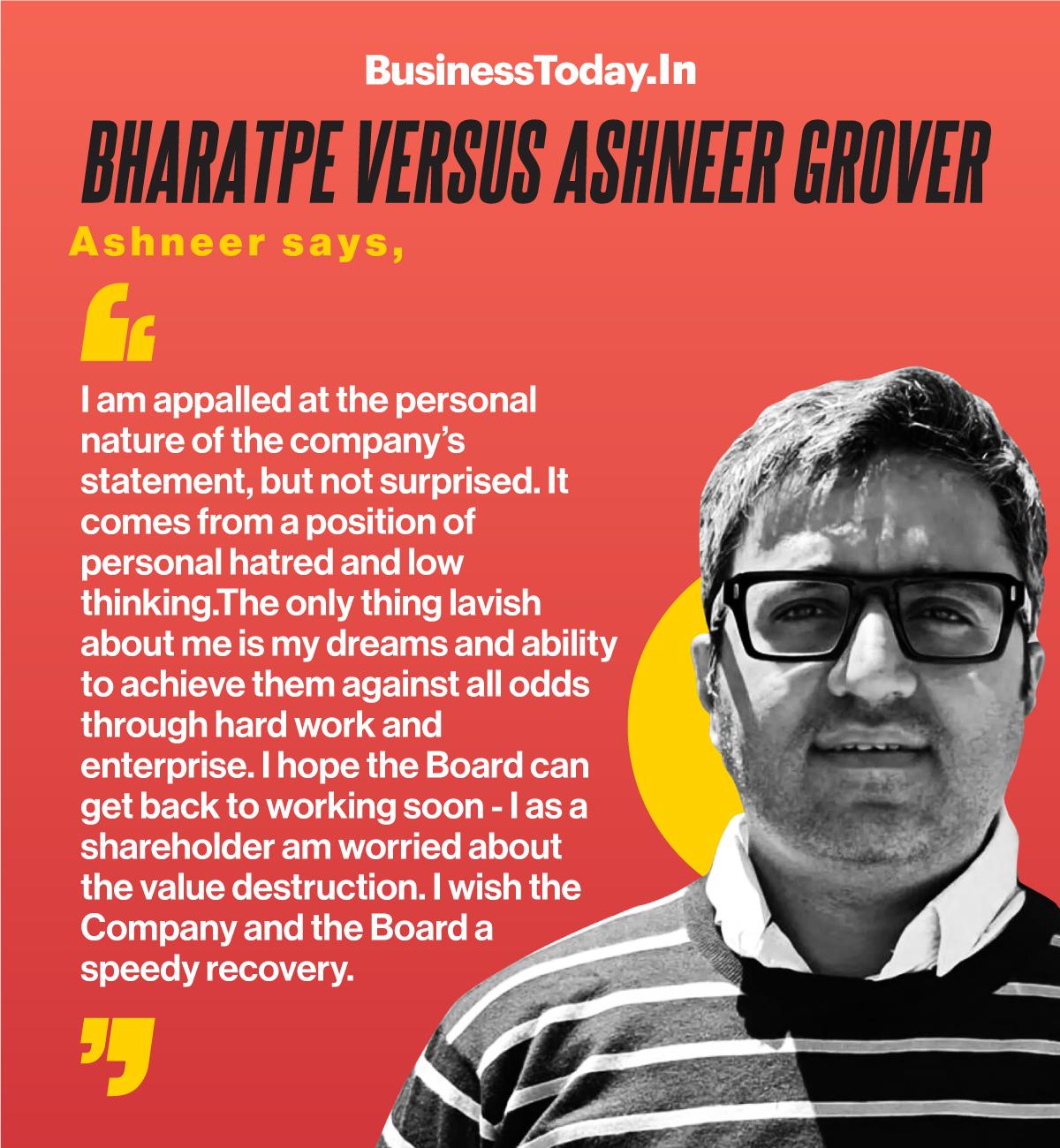 BharatPe earlier in a strongly worded statement hit out at Grover, its ex co-founder and managing director, saying that he and his family misused the company expenses to fund their lavish lifestyles.

The company said that, in order to uphold its highest governance standards and in the light of complaints received, the BharatPe board directed a thorough review of the company’s internal controls. This extensive review is being led by well-respected and independent external advisors, it added.

The company said that it reserves all rights to take further legal action against him and his family.

Without commenting on whether BharatPe accepted Grover’s resignation, the company stated that he is no longer an employee, a founder, or a director of the company. Grover tendered his resignation during early hours of March 1 to BharatPe board calling the governance review being conducted by the company a sham in which he wasn’t given an opportunity to be heard and charged the company investors, like Sequoia Capital, of fuelling the fire against him.

The company has been conducting a governance review and has roped in risk advisory firm Alvarez and Marsal, consulting firm PwC and law firm Shardul Amarchand Mangaldas and Co, to probe into alleged funds misappropriation and corporate governance issues under Grover.