This dog care company wants your canines to have all-natural, vegetarian, gluten-free treats

Dogsee was founded by Bhupendra Khanal and Sneh Sharma, and the company is known to produce vegan treats for your favourite canine at home.

Bhupendra Khanal said that as dog-parents, they always struggled to find healthy treat options for Mowgli

The fact that they have a beloved canine as their ‘Chief Entertainment Officer’ is not the only thing that stands out about the homegrown dog care company producing treats for other beloved canines. Dogsee was founded by Bhupendra Khanal and Sneh Sharma, and the centre of their inspiration was Mowgli, the “CEO” of the company, whose remuneration includes only the best of treats. The dog-parents want to help other dog-parents offer the same love, care and effort – and vegetarian dog treats for their canines.

Khanal said that as dog-parents, they always struggled to find healthy treat options for Mowgli. “As pet parents, we used to struggle with finding healthy treats options for Mowgli. Most of the treats available in the market were made of rawhide, a byproduct of the leather industry. The rawhide is usually treated with strong chemicals and preservatives and ends up being very harmful to dogs,” he said.

But during a trip to the Upper Himalayas, the duo discovered ‘chhurpi’, a hard yak cheese. “We saw that dogs would steal these treats and gnaw on them. With its bone-like hardness, we realised that this cheese could become a healthy alternative to rawhide treats. That’s when we decided to introduce this healthy treat to pet parents across the globe,” said Khanal.

Khanal explained that chewing is crucial to a dog’s health and the most popular chew toy in the market is rawhide. This helps dogs maintain strong jaws, clean teeth and fresher breath. But as dog-parents become more and more cautious about the effect of rawhide, there is a general increase in demand for healthier substitutes. Khanal said that Dogsee Chew is the only all-natural substitute, but the rawhide market is enormous. In the US alone, the rawhide market is worth over $5 billion. 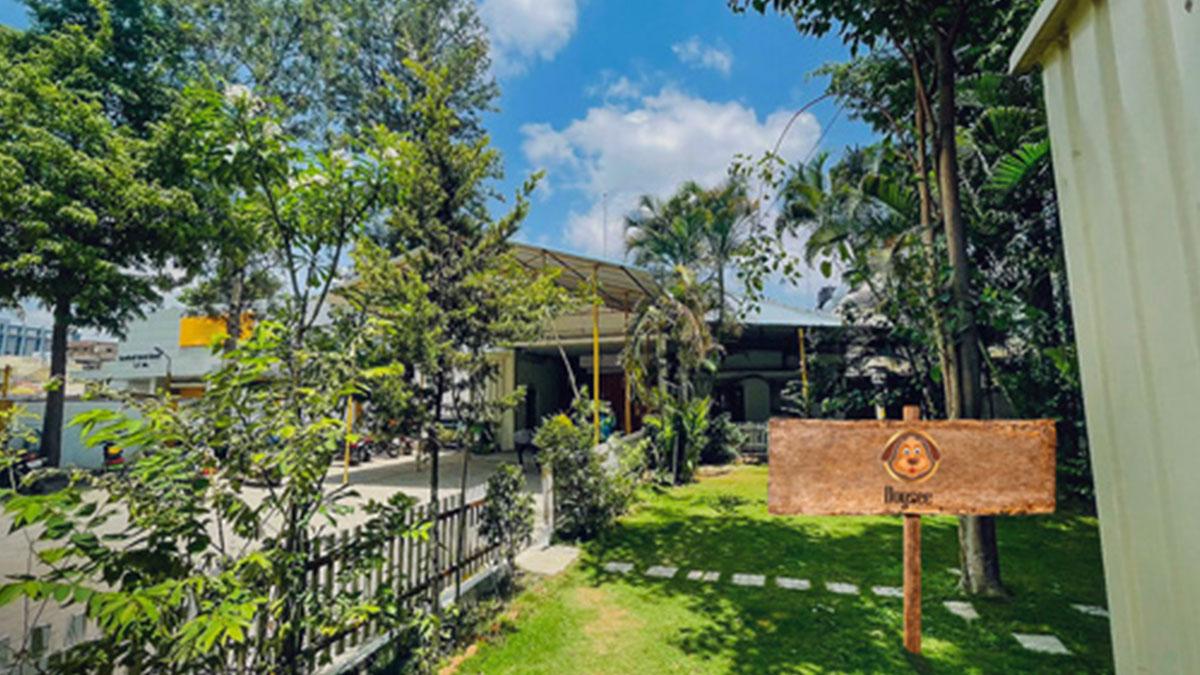 “Despite being vegetarian, Dogsee is nevertheless 60 per cent protein, high in calcium, and hard to chew. The pet food industry presents a huge potential in India, with pet parents increasingly looking for healthy and organic dietary options,” said Khanal, further adding that there is an increase in the willingness to spend more on quality products that are healthy and natural.

While all-natural treats might ease the conscience of the dog-parents, what do dogs think of these “green” treats? Khanal quoted a study conducted in 2021 that stated that for dogs, vegan diet is just as tasty as regular diet. “Vegetarian diets are healthier and safer for dogs than conventional meat-based diets, as long as they are nutritionally complete. Some researchers found that almost half the dogs fed conventional meat-based diets required non-routine medication, but only a third of the dogs fed vegetarian diets did so,” he said.

Khanal said that Dogsee treats are a good natural source of multi-vitamin, calcium (over 2,000 mg of calcium per 100 gm) and sufficient protein (over 60 per cent).

Gluten-free, grain-free, and natural treats control allergens but don’t pose any dietary restriction. Khanal said that several foods and treats in the market are made of over ten ingredients, which could make a particular pet allergic. But Dogsee is made entirely of milk – 99.9 per cent. He said that Dogsee Chew and their single-ingredient freeze-dried treats in Dogsee Crunch are naturally hypoallergenic products.

To ensure these natural products, the company has five state-of-the-art carbon neutral manufacturing and processing plants across different parts in Karnataka, producing 200 tonnes of dog treats in a month. They work with over 25,000 villagers in the hills and dairies to procure the raw material for these treats. “A month-long process to make our chews is what makes them special. We still follow the centuries old traditional chew-making method, and the extra touch that goes into making the chews special is that they are smoke-dried for 30 days in the hills,” said Khanal.

The carbon-neutral company aims to make its factories carbon-negative too. “Dogsee is built to be successful while looking after its customers, the environment, and making a profit. We are a real-people-backed business that rides the conscience wave carefully and finds gratitude in managing its responsibility towards the Earth,” said Khanal, adding that making money is just a by-product. They have already gone 100 per cent solar and are working on reducing plastic usage by 50 per cent by the end of the year.

The company also plans to expand in the coming months and add more strength to the workforce. “We are also expanding our investments in factories for the production and processing of Himalayan Chews and other products, and plan to add over 400 people in our factories this year. We have the global reach now, and our plan is to use the reach to launch more products, go deeper and increase revenue,” he said.

Dogsee is present at over 5,000 retail stores across 30 countries. They have over 30 stock keeping units and a sales volume of over 100 tonnes per month. Khanal said that 10 per cent of their business takes place domestically, and 90 per cent overseas, mostly in the EU, UK, Japan, US and China.

The business was more export-focused before the lockdown but COVID-19 gave them the opportunity to focus on the Indian market, refine their infrastructure and other internal processes, said Khanal. .

He said that the goal is to become the top-most natural pet supplies brand in Asia, with a significant global presence. But when it comes to competition, he thinks there is enough space for everyone at this point. “The stage the pet industry is at right now, it offers anyone who’s making a difference to pet’s lives to co-exist and grow,” he said.

As talks about expansion take place, so do talks on finances. The company has been growing quarter-to-quarter and seen a growth of 200 per cent in the last two years. “We were profitable till October 2021; that's when we raised the first round of funding. And, we are already moving towards profitability again. We will be positive again by the end of this year,” said Khanal.

Also in the pipeline are their healthy cookies Dogsee Gigabites, nutritional treats for cats, Catsee Chew, and treats for small animals like guinea pigs and rabbits, Petsee Bites.

Dogsee is also aiming to launch products for cats in September.