Even though the Centre hiked taxes on petrol and diesel by a record Rs 10 per litre and Rs 13 per litre on Tuesday, petrol prices remain unchanged across all major cities today. The total incidence of the excise duty on petrol and diesel now stands at Rs 32.98 per litre and Rs 31.83 per litre after new taxes. This is the second hike in taxes since coronavirus pandemic hit India in March as the government tries to mop up revenue to cover for losses incurred during the nation-wide lockdown. The retail prices of petrol and diesel, however, will not be impacted by changes in taxes as state-owned oil firms will adjust them against the recent fall in oil prices, industry officials told PTI. 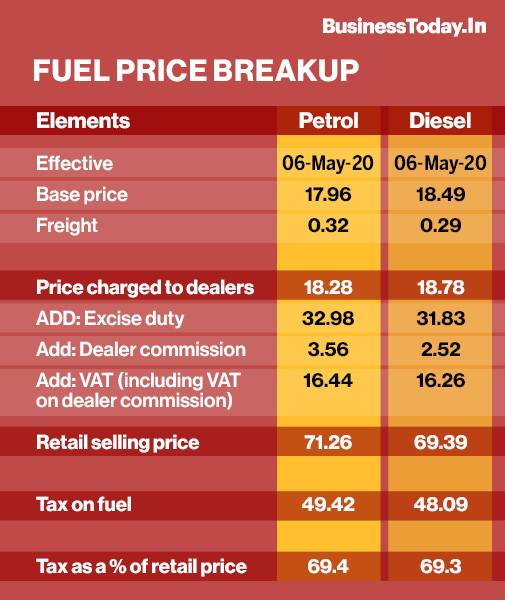 US West Texas Intermediate (WTI) crude futures fell 27 cents, or 1.1%, to $24.29 a barrel on Wednesday. Brent crude futures dipped 20 cents, or 0.7%, to $30.77 a barrel, ending a six-day rise. India's entire crude basket represents oil from Oman, Dubai and Brent crude, not WTI that is mostly relevant for the local US, Canada and Mexican markets.