Fuel tax cut to ease inflation by up to 0.3 percentage points: Economists

Economists also argue that the impact on inflation will be limited as oil marketing companies (OMCs) were already absorbing a large part of the rising global oil prices.

The steep fuel tax reduction by the Centre on Wednesday may not significantly ease headline inflation, with the impact ranging between 0.15 and 0.3 percentage points owing to the small weightage of petrol and diesel in the retail inflation basket and rising international crude oil prices, economists say. Economists also argue that the impact on inflation will be limited as oil marketing companies (OMCs) were already absorbing a large part of the rising global oil prices.

Centre on Diwali eve cut excise duty on petrol and diesel by Rs 5 and Rs 10, respectively, to lessen the burden of rising international crude oil prices on consumers and aid economic demand. It was followed by reduction in value added tax on petrol and diesel by several BJP ruled states, including Karnataka, Gujarat, Uttar Pradesh, Himachal Pradesh, Goa, Assam, etc.

"The first order impact of the excise cut will be visible in the November CPI data, which should now range between 3.5-4.0 per cent, allowing a breather ahead of the next monetary policy committee (MPC) review," said Aditi Nayar, chief economist, ICRA. The second order impact will be visible over the next three months, but is likely to be muted as tentative demand had limited the pass through of higher fuel prices to other items, added Nayar.

The Consumer Price Index-based (CPI) inflation or retail inflation for the month of September 2021 came in at 4.35 per cent, compared with 5.30 percent in August.

"Impact is likely to be limited as weight of diesel in CPI basket is just 0.15 per cent whereas the weight of petrol in CPI basket is 2.2 per cent," said Swati Arora, economist, HDFC Bank.  Arora expects the fuel tax cut to ease inflation by 0.15-0.2 percentage points (both direct and second round impact).

Madan Sabnavis, chief economist,  CARE Ratings, is also of the opinion that CPI could come down by 0.3 percentage points.

Brent crude oil prices have been rising steadily from around $65 a barrel in August-end to near $85 a barrel now.

Devendra Kumar Pant, chief economist, India Ratings, points out that the direct impact of excise cut on petrol and diesel is likely to have 0.15 percentage point impact on headline CPI inflation. The second-round impact in the form of reduction in freight cost will depend mainly on extent of reduction in freight cost passed on to the consumers and the timeline of revision in freight rates by transporters. "It is expected that the second-round impact may start reflecting on headline CPI inflation from December inflation numbers," said Pant.

Excise duty on petrol and diesel now stands at Rs 27.9 and Rs 21.8 per litre, respectively

Yuvika Singhal, economist, QuantEco Research said that the direct impact of the reduction in petrol and diesel central excise duty would be around 0.13 pecentage points. "Taking on board second-order impact, the combined reduction could be to the tune of 0.25-0.3 percentage points," said Singhal.

She added that the VAT reduction on fuel by several states will amplify impact of the cut in central excise duty on petrol and diesel. " The cumulative reduction would also help lower household inflation expectations, which are historically seen to be closely linked to retail fuel prices," added Singhal.

IDFC First Bank also expects inflation to ease by around 0.13 percentage points. It added that the impact may be limited if global fuel prices continue to rise. Besides, the OMCs haven't fully passed on the rise in global fuel prices to consumers, so we could see a lower impact of the excise duty cuts on inflation. "In 2021, India crude basket (in INR terms) has risen by 69 per cent, while retail petrol prices have risen by 28 per cent and diesel by 32 per cent," the note pointed out.

Centre had last year introduced the steepest hike in taxes on petrol and diesel, hiking the road and infrastructure cess by Rs 8 each for petrol and diesel and special additional excise duty (SAED) by Rs 2 per litre and Rs 5 per litre, respectively. The entire hike went to the Centre's coffers and was not devolved to the states. 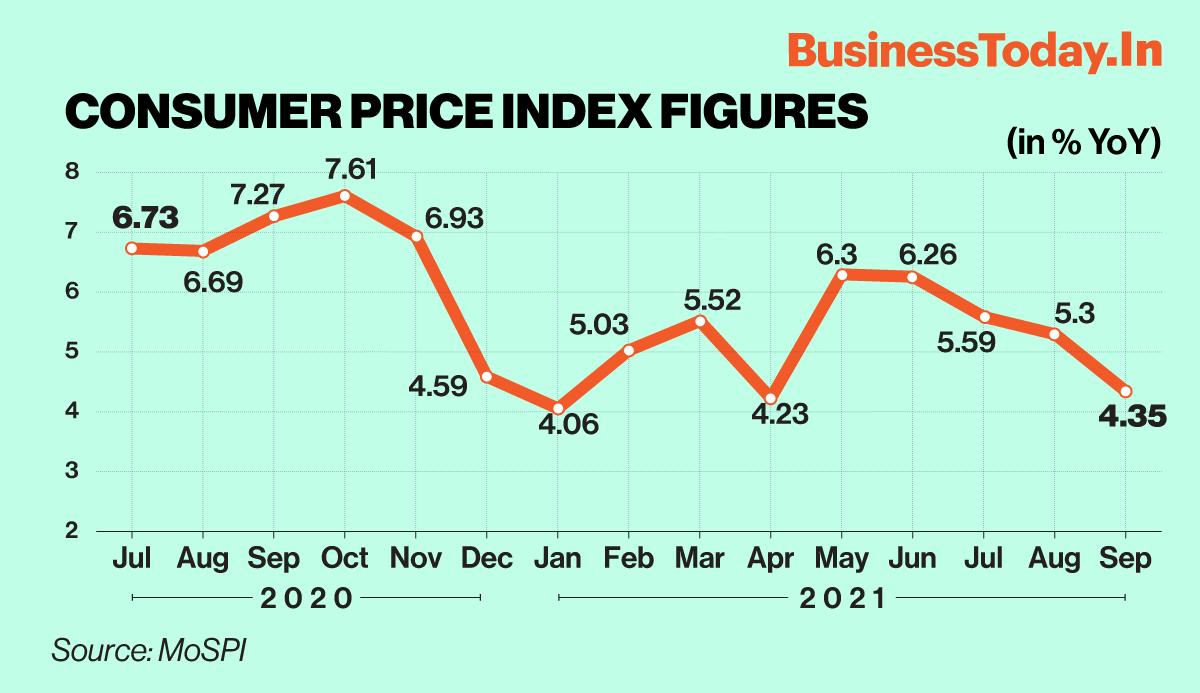