India stands out as a poor and very unequal country, with an affluent elite, said the report prepared by the World Inequality Lab, authored by Lucas Chancel and coordinated by economist Thomas Piketty.

The top 1 per cent of India's population earned more than one-fifth (21.7 per cent) of the country's total national income in 2021, while the bottom 50 per cent made just 13.1 per cent, showed the report released on Tuesday.

In the preface of the report, Nobel laureate economists Abhijit Banerjee and Esther Duflo said that India was "among the most unequal countries" in the world.

"The top 1 per cent took 38 per cent of all additional wealth accumulated since the mid-1990s, with an acceleration since 2020," the report argued. 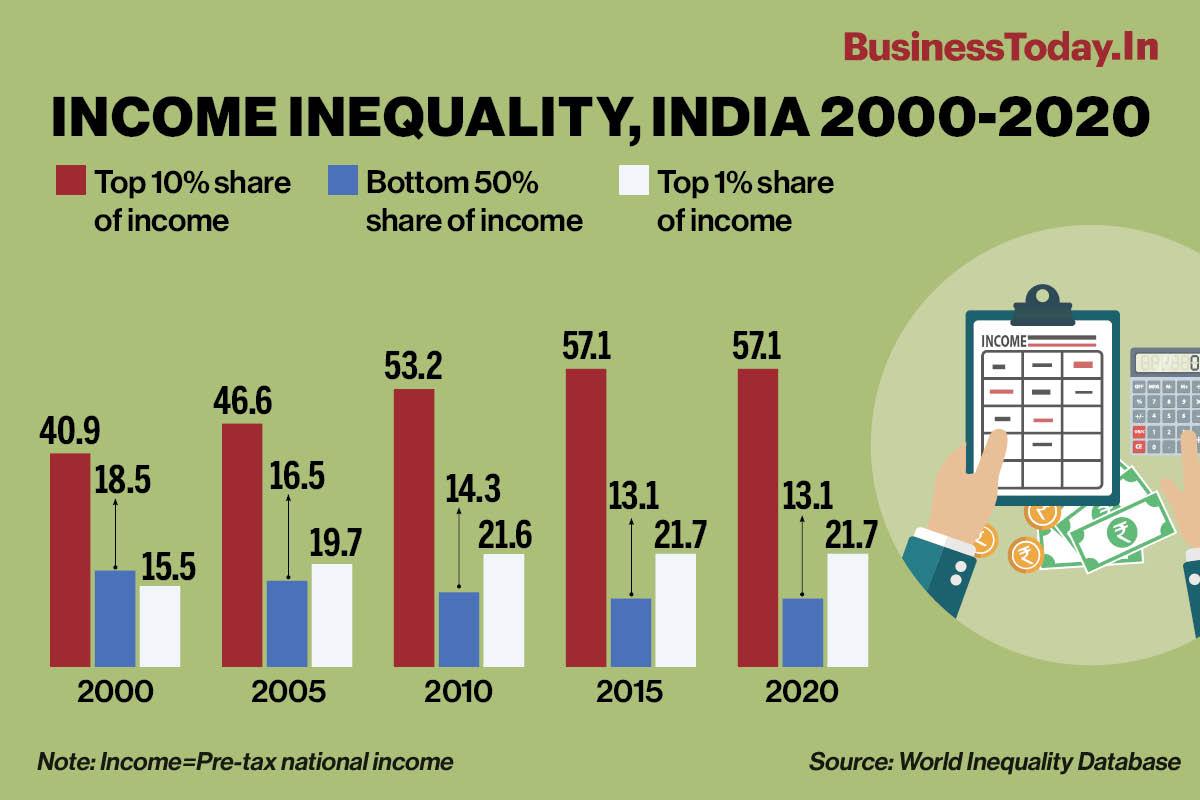 The report further said that India's female labour income share of 18 per cent in 2021 was one of the lowest in the world. The figure was significantly lower than the average in Asia, which is 21 per cent, excluding China.

There has been an increase of more than eight percentage points since 1990 in India's female labour income share.

It also highlighted that the quality of inequality data released by the Indian government has "seriously deteriorated" over the past three years.