Vande Bharat Express 2.0: PM flags off new train between Gandhinagar and Mumbai, here's all to know

Vande Bharat Express 2.0: PM Modi flagged off the train from Gandhinagar Capital railway station around 10.30 am.

Prime Minister Narendra Modi, on Friday, flagged off Gandhinagar- Mumbai Vande Bharat Express at Gujarat's Gandhinagar station and took a ride on the train to Kalupur railway station in Ahmedabad. Modi also inspected the train coaches and the locomotive engine's control centre of the Vande Bharat Express 2.0 and took stock of the onboard facilities. PM Modi, after flagging off the new & upgraded version of Vande Bharat Express between Gandhinagar and Mumbai, travelled on the train from Gandhinagar Capital railway station to Kalupur Railway Station. 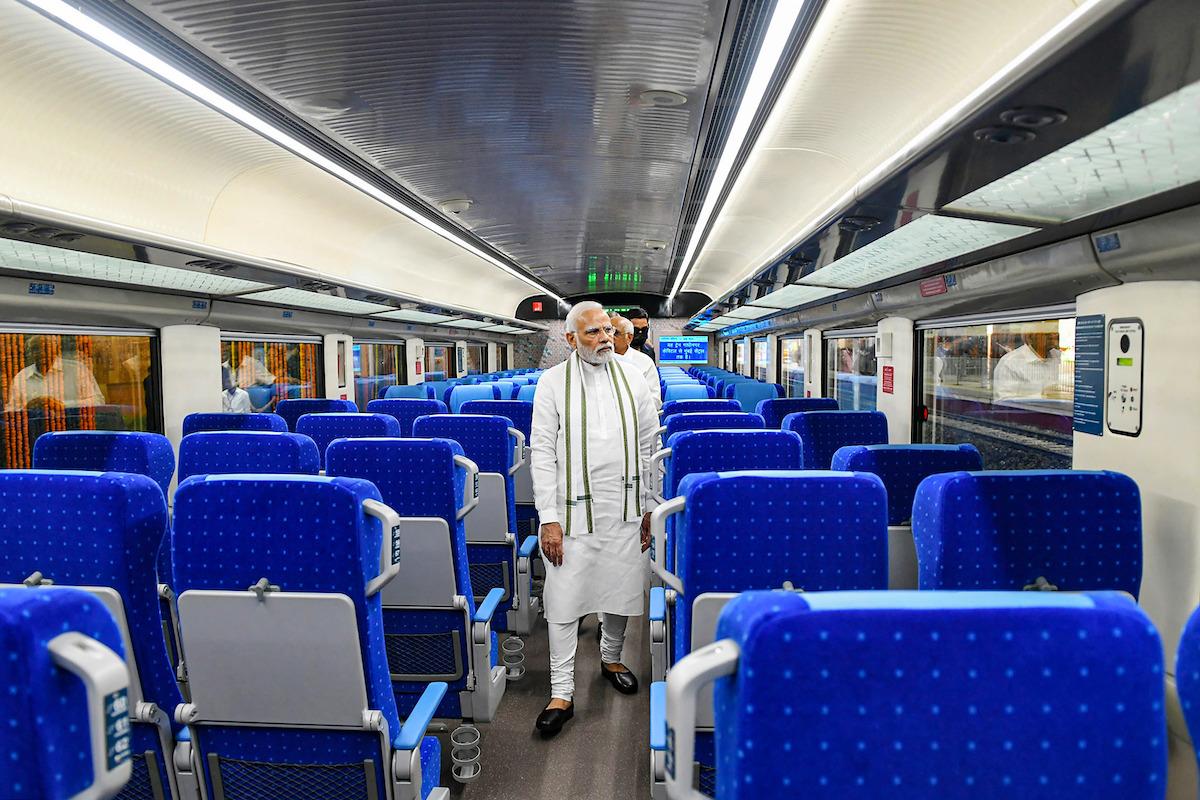 Modi interacted with workers, engineers and other staff who toiled to make Vande Bharat trains a shining success. He also interacted with his co-passengers, including those from the family members of Railways staff, women entrepreneurs and researchers and youngsters.

The Gandhinagar-Mumbai Vande Bharat Superfast Express will begin its commercial run on October 1 and will operate six days a week except for Sundays. The train will depart from the Mumbai Central station at 6.10 am and reach Gandhinagar at 12.30 pm.

For the return journey, the train will depart from Gandhinagar at 2.05 pm and arrive at Mumbai Central at 8.35 pm. It will halt at Surat, Vadodara and Ahmedabad stations in both directions. 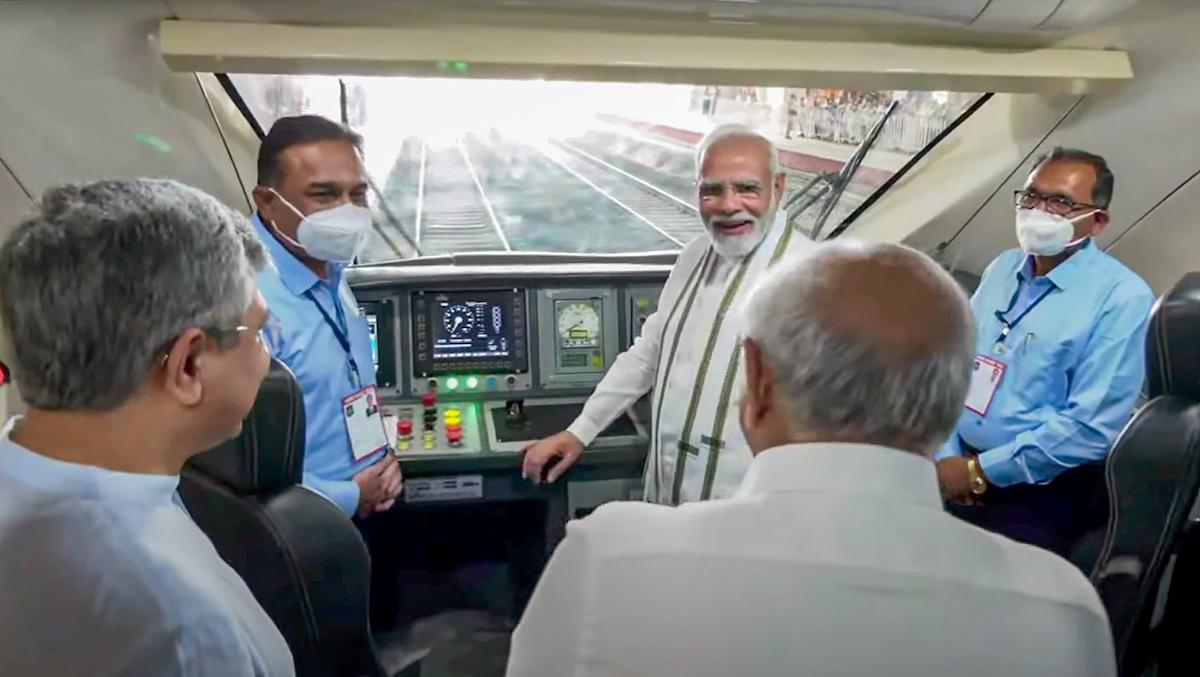 Vande Bharat 2.0 is also equipped with several advancements and improved features over its previous iterations as it can sprint from the speed of 0 to 100 kilometres per hour in just 52 seconds, and has a maximum speed of up to 180 kilometres per hour. One-way travel time of Vande Bharat Express 2.0 from Gandhinagar to Mumbai is estimated at around five and a half hours.

Vande Bharat Express 2.0 between Gandhinagar and Mumbai is claimed to be a game changer and would boost connectivity between the two business hubs of the country. The fare for the Mumbai-Ahmedabad journey by executive chair car will be Rs 2,505, while that for chair car will be Rs 1,385. The railways have rescheduled Mumbai-Ahmedabad Shatabdi Express to accommodate Vande Bharat Express. The improved Vande Bharat Express also weighs lighter at 392 tons as against the previous version of 430 tons. The new train will also have a Wi-Fi content on-demand facility and a 32-inch screen in every coach to provide passenger information and infotainment.

The train also has better floodproofing for under-slung electrical equipment that will withstand floods up to a height of 650 mm. In addition to these features, the new Vande Bharat Express is also equipped with an air purification system for air purification. 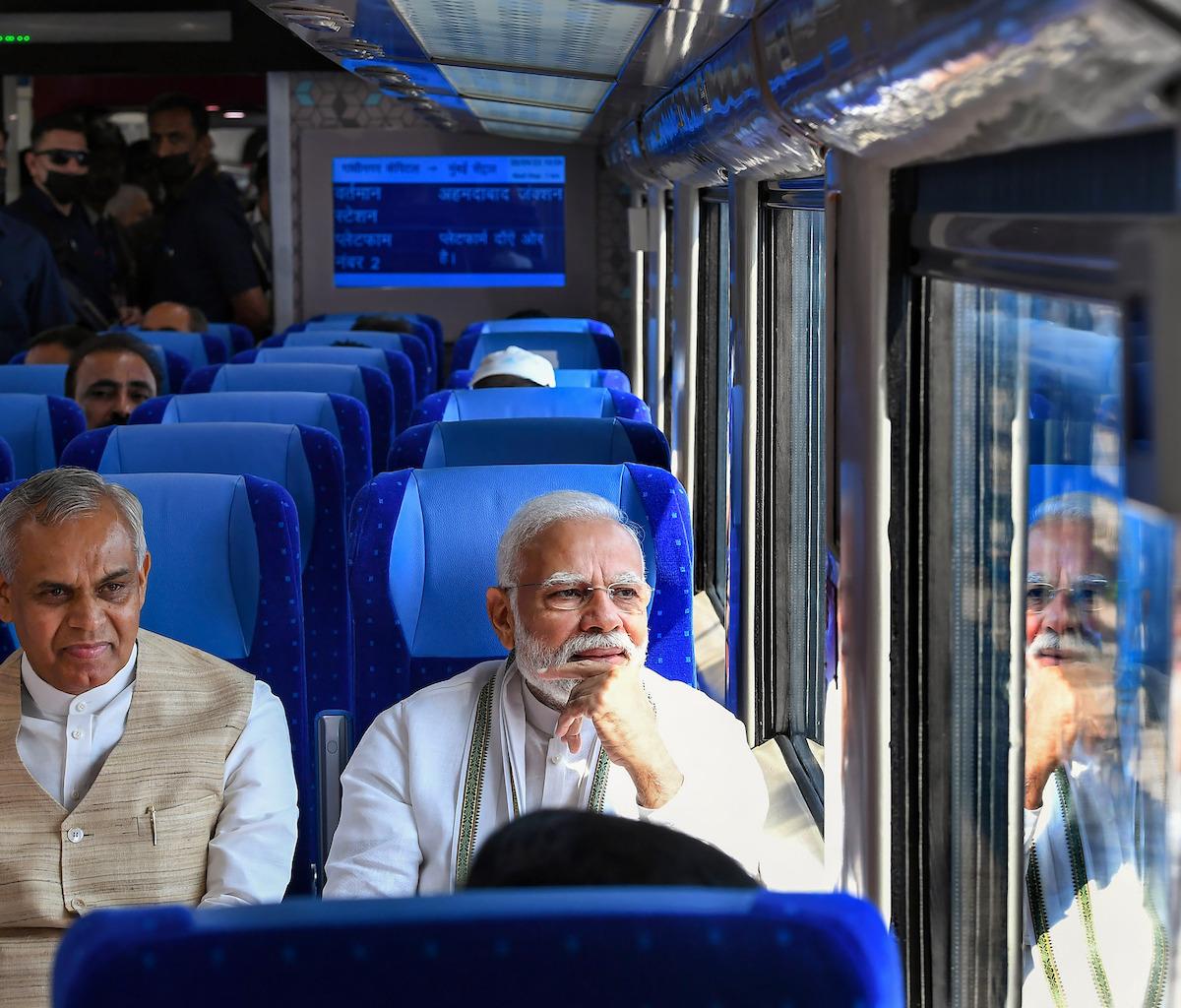 Vande Bharat Express 2.0 is much more environmentally friendly as its air conditioning system would be 15 per cent more energy efficient. Moreover, the side recliner seat facility, which was provided only to Executive Class passengers earlier, will now be made available for all classes.

Equipped with automatic plug doors with sliding footsteps and touch-free sliding doors inside coaches, the seats inside the executive class can be rotated 180-degree. The coaches also have emergency talk-back units. This is the first train with aeroplane-like bio-vacuum toilets with touch-free amenities and also has a special lavatory for divyang (specially-abled) passengers. The seats' handles are provided with seat numbers in Braille letters to assist the visually-challenged passengers.