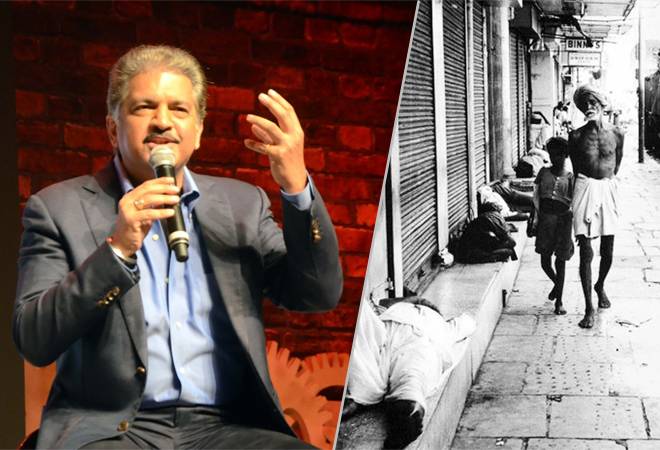 Anand Mahindra, usually known for his entrepreneurial acumen and for heading one of the largest companies in the country Mahindra Group as Chairman is also a skilful photographer. The business mogul was a student of film making, much before his career as a businessman jumpstarted. He also studied photography in the early 1970s.

Mahindra, who is very active on social media, took to Twitter on Sunday to share some photos from his photography days. "Using the Sunday to organise pics from my days studying photography in the early seventies. These made me wonder whether a lot has changed...or not. For many, a good life is still a 'Sapna'...(dream)," he said and posted three black and white photographs.

Using the Sunday to organise pics from my days studying photography in the early seventies. These made me wonder whether a lot has changed...or not. For many, a good life is still a 'Sapna'...(dream) pic.twitter.com/5fGtI6y1WT

The Mahindra Group Chairman took to Twitter to share more pictures. He said that all the pictures he shared are from Mumbai during the semester off from Harvard University that he had undertaken to travel in both India and Europe.

Some more pics from my photography project as promised.. Mumbai (Bombay) 1975. India is indeed timeless, I guess, in a not always flattering way...(2/2) pic.twitter.com/9TzClEPuxy

Anand Mahindra studied filmmaking from Harvard University, from where he graduated with high honours in the year 1977. He had shot his thesis film at the Mahakumbh in Allahabad in 1977 before moving on to study MBA from Harvard Business School. "It was a seminal experience that made me understand that being Indian was being part of a universal confluence. So appropriate that it has been recognised as a treasure of humanity," he had said about his unique experience.

Recently, the Chairman of Mahindra Group announced that he will step down from his position to become a non-executive chairman on April 1, 2020. The company said in an exchange filing that the board has approved the transition. "Delighted to announce our leadership transition plan which reflects the Group's commitment to good governance. I am grateful to the board & nominations committee for conducting a diligent & rigorous year-long process that will ensure a seamless transition," said about the company's leadership transition plan.

Also read: 'We both had given up artistic careers': Anand Mahindra reminisces meeting Uddhav Thackeray for first time

Also read: Anand Mahindra to step down next year; to become non-executive chairman of M&M