The 22nd film of the Marvel Cinematic Universe, world's highest-grossing movie franchise, is eyeing a record-breaking start of around Rs 400 crore at the Indian box office. 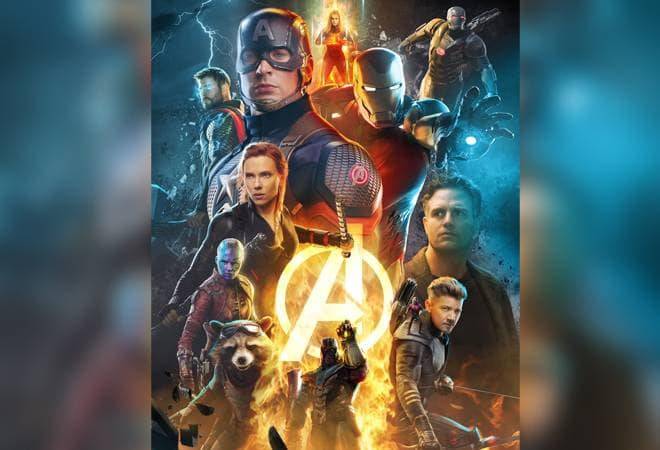 Avengers: Endgame will be released in English, Hindi, Tamil and Telugu languages in India.

The much-awaited Hollywood film Avengers: Endgame, which is set to release across the world on May 27, has been leaked on piracy website TamilRockers. As per IndiaToday.In, a cam print of the entire film has been leaked online two days before its release. Tamilrockers is notorious for leaking famous movies on its website. Avengers: Endgame is one of the most anticipated movies of the year. The 22nd film of the Marvel Cinematic Universe, world's highest-grossing movie franchise, is eyeing a record-breaking start of around Rs 400 crore at the Indian box office. Considering frenzy around Avengers: Endgame, leaking of the film online before its release would surely hit its business in India.

Disney's Avengers: Endgame had earlier seen a peak of 18 tickets booked per second, even before its releases in India, said BookMyShow in a statement. The movie will be released in English, Hindi, Tamil and Telugu languages in India. The franchise's previous film, Avengers: Infinity War, had crossed Rs 100 crore mark at the Indian box office within its opening weekend. The Avengers: Endgame stars Chris Evans, Robert Downey Jr., Chris Hemsworth, Mark Ruffalo, Scarlett Johansson and Brie Larson, amongst others.

TamilRockers is an illegal, pirating site that has been releasing big-budget movies online. TamilRockers' business is a simple case of demand and supply. Movie lovers who do not want to spend on a release end up downloading a pirated copy on the TamilRockers site. As more patrons continue to visit their site, they continue to provide movies for free downloads. This way TamilRockers makes money while eating away a chunk of the movies' producers' earnings. Several movies, including Aamir Khan's Thugs of Hindostan, Total Dhamaal, Rajinikanth's 2.0 and Zero, have leaked on the platform, despite the film industry's efforts to curb online piracy.

Also read: Stellan Skarsgard will not be returning for 'Avengers: Endgame'

UP Board Result 2019: Uttar Pradesh board likely to declare Class 10, Class 12 results at upmsp.edu.in on April 27