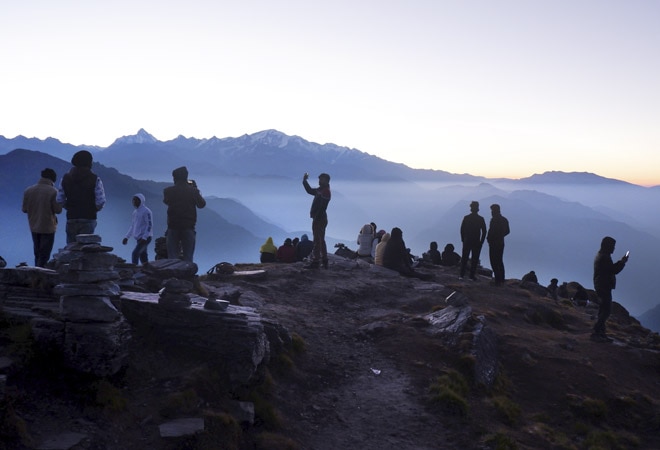 Non-Resident Indians (NRIs) who came to visit India before the COVID-19 outbreak and got stuck in the country due to the nationwide lockdown and other pandemic restrictions for the whole of the current financial year are grappling with a strange situation.

They may now have to pay tax in India in the financial year 2020-21 as their period of stay has overshot the limit of 120 days prescribed under section six of the Income Tax Act, 1961.

Chartered accountants and tax lawyers agree that this is a challenging situation for the NRIs who got stuck in India due to the lockdown in the wake of the pandemic.

No one knows the challenge and pain better than Delhi's Sajeel Khanna, who runs a sole proprietorship firm dealing in architecture engineering in New Jersey in the US.

After being blessed with a baby girl in November 2019, Khanna was looking forward to meet his parents in India. When he landed in Delhi on December 29 that year, he had not imagined that his two-and-a-half month trip will turn into an endless wait.

"We were supposed to go back to New Jersey in March last year after Holi," Khanna told Business Today.

Next came the tax blow. "For the year 2019-20, my effective tax rate in the US was 18 per cent. In India, however, I came under higher bracket. So, I had to pay the differential tax of about 7 per cent," Khanna said.

Till the previous financial year, as per the tax residency rules under section six of the Income Tax Act, 1961, a person of Indian origin who comes to visit India qualifies as a non-resident in India for tax purpose if the person is present in India for less than 182 days. Any stay beyond the period makes the person liable to pay tax in India. This rule was applicable till financial year 2019-20.

It may be noted that the apex tax body, Central Board of Direct Taxes (CBDT), vide circular dated 8 May last year, exempted the period between March 22 and March 31 from residency rules for all those who could not leave on time due to lockdown. According to the circular, all those who were quarantined and left on or before March 31 last year or could not leave before March 31, were exempted from residency rule for the period between start of quarantine and March 31.

Even though Khanna's stay was less than the then rule of 182 days in 2019-20, he was made to pay the tax as according to his tax adviser he was not fulfilling the other rule of 60 days in the given financial year plus 365 days in four preceding financial years. According to the 60-day rule, an individual is cosidered to be a resident in a given year if the person is physically present in India for 60 days or more in that year and a total of 365 days or more in four years preceding that year.

"My chartered accountant advised me to pay. The idea was to avoid the hassle of tax notice and penalty," Khanna said.

Interestingly, in last year's Budget, this threshold period was reduced from 182 days to 120 days for the current financial year. However, with the pandemic hitting the country immediately after the Budget, and a nationwide lockdown in place, many NRIs could not go back and are now staring at tax liability this year too unless the government comes out with a clarification.

"For the current financial year too, I may have to pay colossal taxes to the Indian authorities. It may be to the tune of Rs 10 lakh as deductions given to the sole proprietorship firms in the US will not be considered here. I will also lose out on the incentives that I would have got in the US for converting partnership to a sole proprietorship," Khanna said.

Experts say that it is expected that the government may take some steps to address the matter. "Measures have been taken by various governments across the globe amid the pandemic to address problems like these. India has also done to some extent. There is no reason why the government won't provide relaxation for the current financial year to address the genuine cases of hardship related to Covid," Akhilesh Ranjan, former member, Central Board of Direct Taxes (CBDT) told Business Today. He is now associated with PWC.

Chartered accountants say they are receiving a number of queries on the matter. "There is a lot of confusion. The NRIs who are stuck want to know whether they will be taxed in India as they overshot their prescribed stay in the current financial year due to the pandemic," CA Gaurav Mohan told Business Today.

"The government needs to clarify. One aspect that needs to be kept in mind before any clarification is issued is that a large number of people may not want to take travel risk for few more months. It needs to be factored in while providing any exemption," Mohan added.

Ashok Shah, partner at NA Shah Associates, said, "For financial year 2019-20, the Indian government has given relief by clarifying that prolonged stay won't be counted while determining one's residential status. Taxpayers are expecting some similar clarity for the current financial year as well from the government."