Chandrayaan 2: Not only information, NASA's Lunar Reconnaissance Orbiter (LRO) is also likely to release images of the lander Vikram. The information will help in ISRO's analysis of the mission. 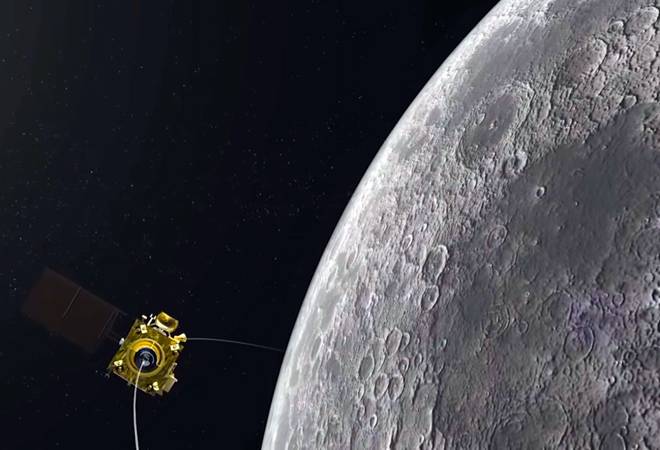 Chandrayaan 2: A National Aeronautics and Space Administration (NASA) probe will fly over the landing site of lander Vikram on the Moon on Tuesday, September 17. As it flies over the landing site, new information on Vikram lander is expected to emerge. Meanwhile Indian Space Research Organisation (ISRO) has been trying to establish contact with the lander since all communications snapped moments before the scheduled landing on September 7.

NASA's Lunar Reconnaissance Orbiter (LRO) is also likely to release images of the lander Vikram, as mentioned in reports by US media. Noah Petro, LRO's project scientist told spaceflightnow that NASA will share images to help ISRO's analysis of the Chandrayaan 2 mission. "NASA will share any before and after flyover imagery of the area around the targeted Chandrayaan-2 Vikram lander landing site to support analysis by the Indian Space Research Organisation," said Petro.

Earlier, NASA had also tried establishing contact with lander Vikram lying on the lunar surface. The agency's Jet Propulsion laboratory had beamed a radio frequency to the lander to elicit a response after the crucial part of Chandrayaan 2 didn't go as planned. "NASA/JPL is trying to contact Vikram through its deep space network (DSN) as contractually agreed with ISRO," a source had said.

As of now, it appears to be a race against time as the period of 14 days to establish contact with Vikram lander swiftly closes. The 14-day window started on September 7. The period is the only time the region will be exposed to the Sun's rays, enabling the lander, fitted with solar panels, to operate. Beyond that period, it will be too cold for lander Vikram to operate.

NASA's DSN lends a helping hand to both NASA and non-NASA missions that seek to explore the solar system.