'Get explosives...kill them at one go': SC admonishes Centre over Delhi pollution in terse words

The top court asked Centre, "Why are being people forced to live in gas chamber?" 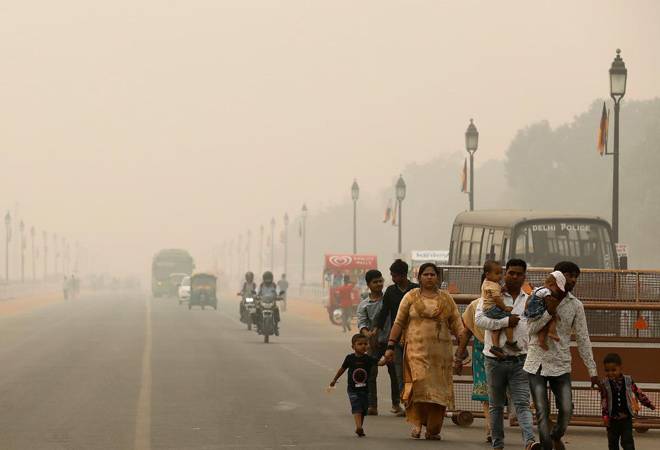 People are "suffocating" due to the pollution in Delhi-NCR, said the bench (Reuters image)

The Supreme Court on Monday pulled up Punjab and Haryana governments for failure to stop stubble burning despite the top court's order. The apex court also slammed the Centre for not proposing any concrete action to improve Delhi's air quality.

The top court asked Centre, "Why are being people forced to live in gas chamber?"

The bench comprising Justices Arun Mishra and Deepak Gupta asked Solicitor General Tushar Mehta, who appeared on Centre's behalf, "It is better to kill them all in one go. Get explosives in 15 bags and kill them at one go. Why should people suffer all this?"

"How can you treat people like this and let them die. Tell us why stubble burning increased after our order. Why are you not able to check stubble burning. Is it not a failure?", the bench asked further.

Emphasising on the continued stubble burning in the two states, the bench said that the lifespan of millions of citizens has shortened and people are "suffocating" due to the pollution in Delhi-NCR.

"Can you treat people like this and let them die due to pollution?" asked the bench.

The SC has asked the Punjab Chief Secretary about the steps that have been taken to prevent stubble burning in the state and also asked, "You should explain why we should not impose fine on you for not being able to control your state. Despite our orders, it happened again."

"Look at the number of fires. We have called you for that reason. Why is it going on?" the bench asked.

The bench added, "Everyone is aware of what is happening in Delhi...Every year it's taking place...it will take place next year also if no steps are taken".

The bench said, "Life isn't so cheap in India anymore. What was given [compensation] in Bhopal gas tragedy is nothing compared to what is given to victims in similar cases worldwide. The chief secretaries have no right to be in a chair if they can't serve people well."

The Supreme Court further instructed the Centre and Delhi government to put aside their differences and prepare a concrete action plan within a timeframe of 10 days to install air-purifying towers across Delhi on a permanent basis to deal with the poor air quality.