India vs Pakistan Manchester weather: Rain god could play spoilsport as both sides get ready for face-off

IND vs PAK Manchester Weather: Though both sides will come up with their best players for this high-stakes encounter, the Indian team looks more confident -- having won all matches so far -- and will try to dominate the Sarfaraz Ahmed-led team to improve its points tally table 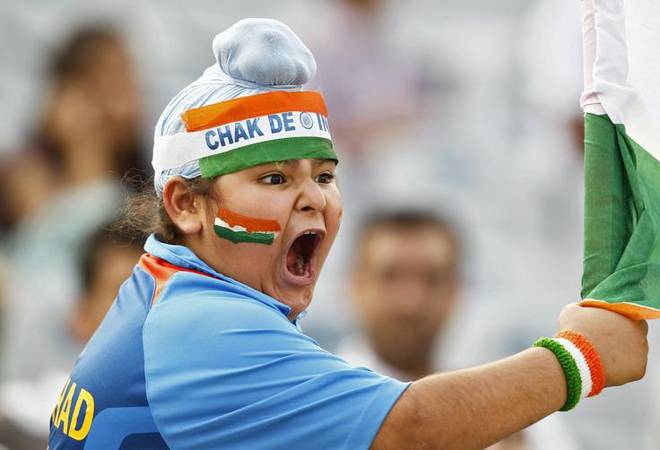 IND vs PAK Manchester Weather: One of the most anticipated matches of ICC Cricket World Cup 2019 will be held at the Old Trafford stadium, Manchester, on Sunday as India takes on arch-rival Pakistan. Though both sides will come up with their best players for this high-stakes encounter, the Indian team looks more confident -- having won all matches so far -- and will try to dominate the Sarfaraz Ahmed-led team to improve its points tally table. The contest is particularly crucial for Pakistan whose chances of making entry into the top four are hanging by a thread as it has won only one of the three matches it played so far. For the Indian side, securing a victory over Pakistan will boost the confidence of the Virat Kohli-led Indian cricket team. However, Indian fans are also wary of the Manchester weather, where chances of rain are significant.

The Manchester weather could play spoilsport

While cricket fans across the world will be looking forward to the India-Pakistan encounter on Sunday, Manchester weather could play a spoilsport. The UK weather has turned out to be quite unpredictable, with four matches being cancelled due to rain so far. India's last match with New Zealand at Trent Bridge was also called off due to rain at the venue. The number of washouts this World Cup is more than the previous washouts of 2 matches each in the 1992 and 2003 World Cup editions. Weather forecasting platform AccuWeather has also predicted chances of rains in Greater Manchester on June 16. The chances of rain are high, especially in the second half of the match, and teams will have to keep plan-B in mind if the match is curtailed due to rain, say experts.

As upset fans criticised the International Cricket Council (ICC) for not factoring in reserve days, cricket legend Sunil Gavaskar said the inability of the England Cricket Board to have cricket grounds fully covered was "totally unacceptable", reported India Today. "Terrible (of England not to cover the grounds fully)... this is a big tournament. You can the conditions in England and not to have that (extra covers) is absolutely unacceptable in my view," said Gavaskar. Since the Old Trafford ground has experienced several spells of rain in the past few days, patches on the ground could be a concern for the teams as well as the ICC. On the concerns raised by cricket experts, ICC Chief Executive Dave Richardson said factoring in a reserve day for every match at the World Cup would significantly increase the length of the tournament and practically would be extremely complex to deliver. He added that even if reserve days were factored in, there was no guarantee that it would not rain on those days.

Meanwhile, even though the atmosphere at the Manchester ground will be tensed, Indian captain Virat Kohli has said it'll be just another game as the bigger goal of winning the ICC World Cup trophy is more important than one match. "The game starts at a certain time and finishes at a certain time. So this is not going to last a lifetime if you do well or even if you don't," Kohli said during the pre-match interaction in Manchester.

India vs Pakistan World Cup 2019: Where to watch India-Pakistan match? Here are the details