According to the study, a relative humidity of 40 to 60 percent could reduce the spread of viruses and their absorption through the nasal mucous membrane. 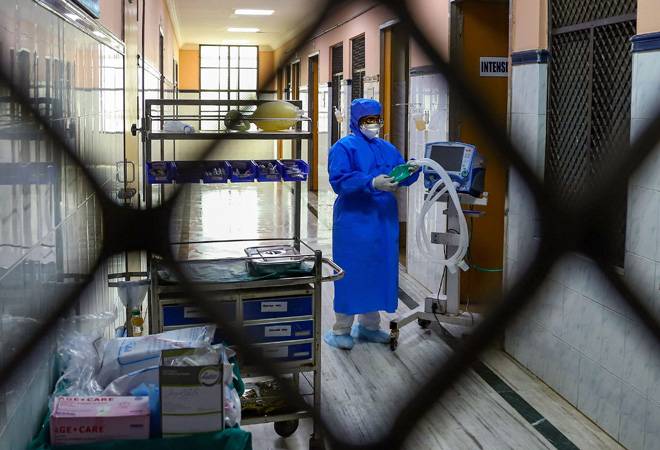 For countries in cool climates, the scientists recommend a minimum indoor humidity

In addition to measures like social distancing and wearing masks, an Indian-German team of scientists recommend controlling indoor humidity conditions to contain the spread of the novel coronavirus which causes COVID-19.

The researchers, including those from CSIR National Physical Laboratory in New Delhi, said in order to contain the pandemic, it is extremely important to implement standards for indoor air humidity in rooms with many people, such as hospitals, open-plan offices, or public transport.

In their review of studies, published in the journal Aerosol and Air Quality Research, the scientists specifically drew focus on relative humidity, which is a measure of water vapour in the air compared to the total saturation of vapour that can exist in the air at its current temperature.

According to the study, a relative humidity of 40 to 60 percent could reduce the spread of viruses and their absorption through the nasal mucous membrane.

The scientists said tiny drops of five micrometres in diameter, such as those produced when speaking, can float in the air for up to nine minutes.

"In aerosol research, it has long been known that air humidity plays a major role -- The more humid the air is, the more water adheres to the particles and so they can grow faster. So, we were curious -- what studies have already been conducted on this," explained Ajit Ahlawat, a co-author of the study from the Leibniz Institute for Tropospheric Research (TROPOS) in Germany.

According to the scientists, humidity affects the behaviour of microorganisms within the virus droplets, and the survival or inactivation of the virus on the surfaces.

They said it also influences the role of dry indoor air in the airborne transmission of viruses.

"If the relative humidity of indoor air is below 40 per cent, the particles emitted by infected people absorb less water, remain lighter, fly further through the room and are more likely to be inhaled by healthy people," Ahlawat explained.

"In addition, dry air also makes the mucous membranes in our noses dry and more permeable to viruses," he said.

For countries in cool climates, the scientists recommend a minimum indoor humidity.

The scientists believe the new findings are particularly important for the upcoming winter season in the northern hemisphere, when millions of people will be staying in heated rooms.

"Heating the fresh air also ensures that it dries. In cold and temperate climate zones, therefore, the indoor climate is usually very dry during the heating season. This could encourage the spread of coronaviruses," said study co-author Alfred Wiedensohler of TROPOS.

At a higher humidity, the scientists said droplets grow faster, fall to the ground earlier, and can be inhaled less by healthy people.

"A humidity level of at least 40 per cent in public buildings and local transport would therefore not only reduce the effects of COVID-19, but also of other viral diseases such as seasonal flu. Authorities should include the humidity factor in future indoor guidelines," added study co-author Sumit Kumar Mishra of CSIR - National Physical Laboratory in New Delhi.

For countries in cool climates, the scientists recommend a minimum indoor humidity.

They said countries in tropical and hot climates, on the other hand, should take care that indoor rooms are not extremely undercooled by air conditioning systems.

When air is extremely cooled, it dries out the air and the particles in it, making people inside the room feel comfortable, but the dry particles will remain in the air for longer duration, the researchers warned.

They added that the measures already known, such as social distancing, having as few people per room as possible, and wearing masks should also be practised to lower the risk of infection.

Convert your old Sony digital camera into a high-quality webcam