Indonesian man becomes millionaire after meteorite crashes through his roof 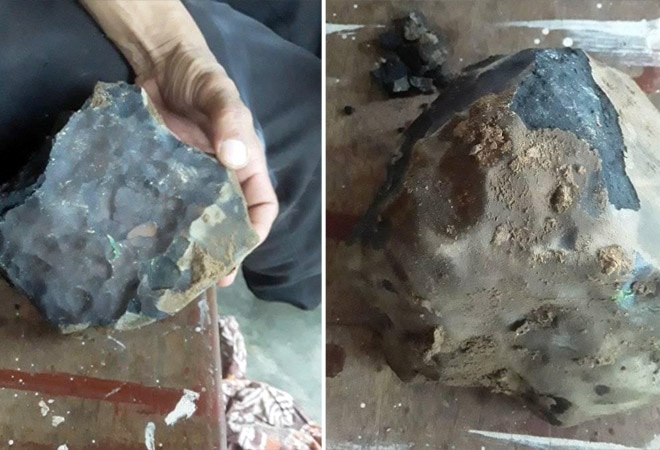 Josua was working outside his house when a 2.1 kg meteorite crashed through the roof of his house

Money raining down from the skies is mere daydreaming for most people. But this dream becomes a reality for Josua Hutagalung, a 33-year-old coffin-maker from Sumatra, Indonesia, when a meteorite came crashing down into his house. He sold the meteorite for over 1 million pounds, or roughly Rs 9.8 crore.

One day in August, Josua was working outside his house when a 2.1 kg meteorite crashed through the roof of his house. Josuatold said at that time, "The sound was so loud that parts of the house were shaking too. And after I searched, I saw that the tin roof of the house had broken. When I lifted it, the stone was still warm."

Soon after, Josua posted several photos of the meteorite on Facebook, which attracted engagement from all over. The meteorite is made up of carbon carbonaceous chondrite making it an extremely rare variety.

The space rock is estimated to be 4.5 billion years old. According to reports, carbon carbonaceous is worth around 645 pounds per gram (or roughly Rs 63,000 per gram).

Josua had sold the space rock to Jared Collins, a specialist collector from the USA. Collins has resold the meteorite to Jay Piatek. Piatek has stored the meteorite in liquid nitrogen at the Centre for Meteorite Studies at Arizona State University. Josua has not disclosed the exact amount he got paid for the space rock but has said that it was around one million pounds.

He told that the amount was equivalent to 30 years of his salary. He now plans to retire and to construct a new church in his village.