As per the early estimates, the Rajkummar Rao and Kangana Ranaut-starrer Judgementall Hai Kya could only make Rs 2.50 crore on Wednesday, earning a total of Rs 29.76 crore so far. 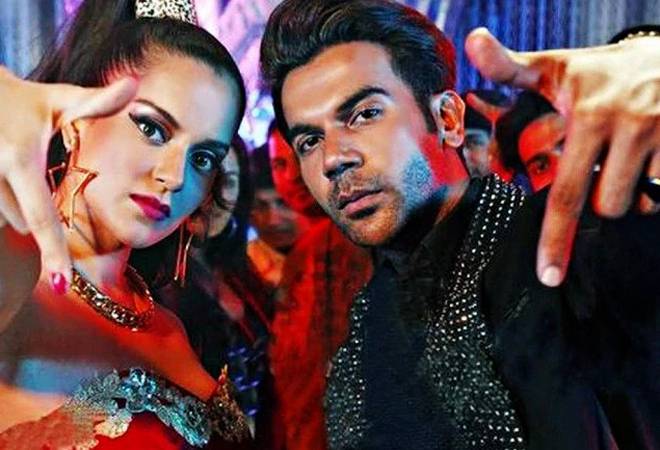 Prakash Kovelamudi's psychological dark comedy thriller Judgementall Hai Kya is struggling hard to stay relevant at the box office. After getting off to a good start at the box office and raking in good moolah at the box office, the film has slowed down. As per the early estimates, the Rajkummar Rao and Kangana Ranaut-starrer could only make Rs 2.50 crore on Wednesday, earning a total of Rs 29.76 crore so far.

Released on July 26, the film raked in Rs 4.40 crore on its opening day. However, on Saturday and Sunday, the film saw a major boost in its collection, amassing Rs 16.65 crore. On Monday (Day 4), the film's collection dipped by more than 70 per cent and recorded Rs 2.60 crore of business and on its first Tuesday, the film earned Rs 2 crore, which could take its total collection to over Rs 26 crore.

The film has largely received good reviews from both critics and audience. In Judgementall Hai Kya, Kangana plays the role of Bobby, a voiceover artist suffering from acute psychosis, while Rajkummar Rao, playing the role of Keshav, is her new tenant. The story unfolds after Rajkumar's wife Rima (Amyra Dastur) gets immolated and blame comes on Booby and Keshav. The film's story alternates between reality and illusion.

Judgementall Hai Kya clashed with Kriti Sanon and Diljit Dosanjh's Arjun Patiala, which failed to draw the audience to the theatres and could only make around Rs 5 crore in three days. Kangana was last seen in Manikarnika: The Queen of Jhansi, and Rajkummar was seen in Shelly Dhar's Ek Ladki Ko Dekha Toh Aisa Laga.

The business of the film is likely to be further affected in the coming days as Shilpi Dasgupta's Khandaani Shafakhana is all set to hit the theatres this Friday.

Federal Reserve cuts interest rates, signals it may not need to do more