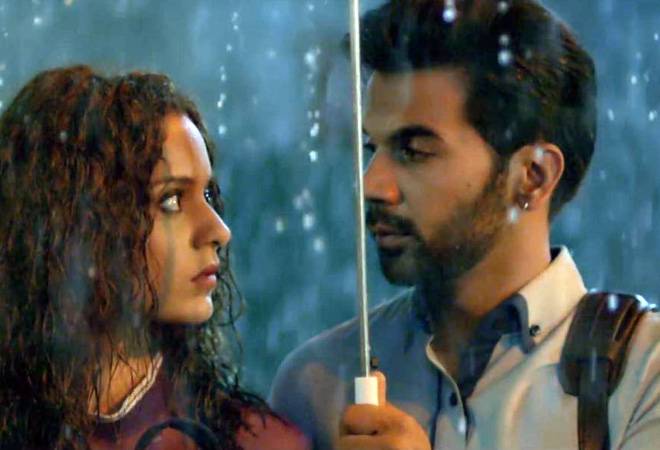 Judgementall Hai Kya Box Office Collection: The fim is a psychological dark comedy which is directed by Prakesh Kovelamudi. In the film, Kangana has played the role of a voiceover artist, who is suffering from acute psychosis

Judgementall Hai Kya has largely received a good response from the critics, also Rao and Ranaut have gained a lot of appreciation for their acting from the audience as well as critics. The duo has reunited for a whirlwind journey in Judgementall Hai Kya, five years after their first outing together with Vikas Bahl's critically acclaimed film, Queen.

Judgementall Hai Kya is a psychological dark comedy which is directed by Prakesh Kovelamudi. In the film, Kangana has played the role of Bobby-a voiceover artist, who is suffering from acute psychosis and Rajkummar Rao (Keshav), on the other hand, is the new tenant of Kangana whose wife Rima, played by Amyra Dastur, gets murdered and thereafter the story unfolds.

Judgementall Hai Kya clashed with Diljit Dosanj and Kriti Sanon's starrer Arjun Patiala. However, due to strong word of mouth as well as good reviews by film critics, Kangana and Rajkumar Rao's film raced ahead of Arjun Patiala in terms of collections. Rohit Jugraj Chauhan's film Arjun Patiala could only rake in Rs 4.50 crore in three days, on the other hand, Judgemental Hai Kya earned over Rs 22 crore.

Judgementall Hai kya is both Kangana and Rajkumar's second release this year. Kangana was last seen in her directorial venture Manikarnika, which became one of the biggest hits of her career. Rajkumar was seen in Shelly Chopra Dhar's Ek Ladki ko Dekha Toh Aisa Laga, which was a semi-hit. Initially titled as 'Mental Hai kya', the film received a lot of backlash from India Psychiatric Society, which claimed that Kangana's film trivialised mental health issue. The film's title was later changed to 'Judgementall Hai Kya'.