Almost all large consumer goods companies have reported contribution of grocery e-commerce to overall sales having grown 3-6% in the past six months from 1-2% in the year-ago period. 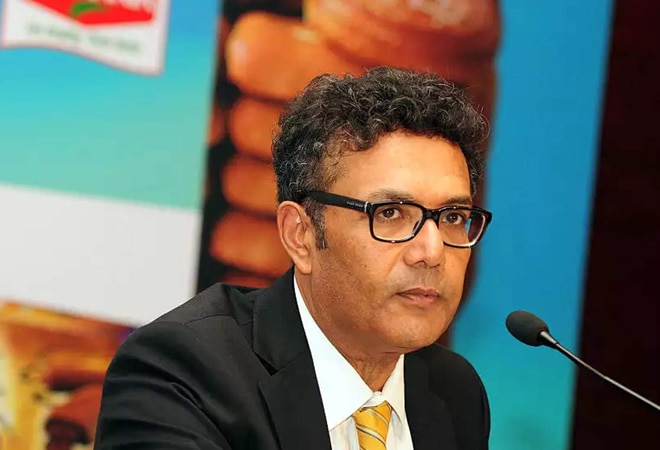 Managing Director of Britannia Industries Varun Berry has said there has been a highly significant change in consumer behaviour in recent months.

"Consumers who bought staples on e-commerce including many first time buyers - most of them intend to stay there. So shopping for brands is going to change substantially," Berry said at the CII-FMCG summit.

Calling some changes to be temporary, Berry believes that most of these trends are here to stay. "People are tired of sitting at home, so they will go out and try to get back to normal life. But I do think that cautiousness is going to remain," he said, adding that the ease of online shopping that was experienced during the lockdown has led to permanent changes in consumer behaviour.

Almost all large consumer goods companies have reported contribution of grocery e-commerce to overall sales having grown 3-6% in the past six months from 1-2% in the year-ago period, since the time India went into lockdown in March-end.

Britannia had reported clocking Rs 495.2 crore in consolidated net profits for Q2FY2021, a 22.96% increase from Q2FY2020. Total revenue too increased 12.15% year-on-year to Rs 3,419.11 crore. Analysts have said that as the country progresses with gradual unlocking, growth from in-home consumption might decline. Contrastingly, they hold a positive stance towards Britannia's growth outlook owing to strong portfolio expansion, and improved demand trends in rural markets.

"There were companies on the wrong side of pandemic such as airlines and hospitality, and there were companies on the right side such as those making sanitisers and disinfectants - their biggest challenge was demand was outstripping supply. For the first three months of the current financial year, we were also in that category," Varun Berry added.

Berry also said that Britannia had identified opportunities in the on-going pandemic to better the company's cost efficiency levels. A key factor to success in these times, he said, was for the companies to have adapted to the growing demand of urgency for their products; to expedite the process of supplying in order to get to the market faster.

Contrasting between the rural and urban areas, and the consequent differences in consumer patterns, Berry added that in the big cities people felt more constrained, while one could see freer consumers in rural towns and villages.