Punjabi singer Guru Randhawa attacked in Canada after his concert; here's what happened

The Punjabi singer was hit on his head when he was exiting the theatre; he has not confirmed the news but his pictures with bruises went viral on social media 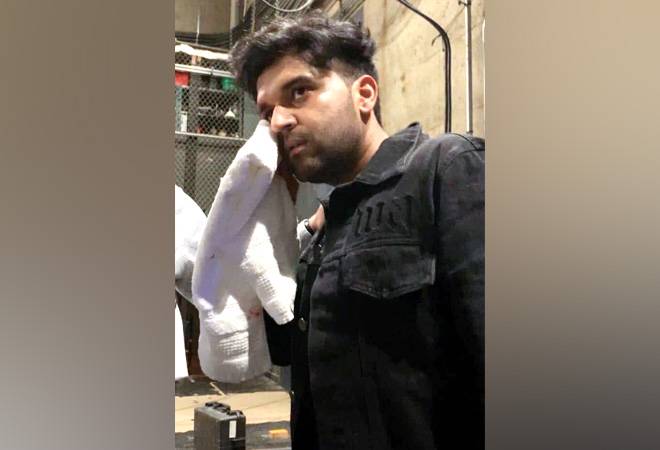 Popular Punjabi singer Guru Randhawa was reportedly attacked by unidentified assailants during his performance in Canada on Sunday night, suggest media reports. Several reports said that Guru Randhawa was attacked when he was trying to exit the Queen Elizabeth Theatre in Vancouver after his performance. The singer was hit from behind on his head when he was exiting the theatre. While the singer has not confirmed the news, his pictures with apparent bruises have gone viral on social media.

Other people from the Punjabi entertainment industry have slammed the attack on the singer. "I know Guru since long...He is a very genuine guy. Always respect others. But this is a very bad thing. I don't know what is happening to society. They are dogs who are getting benefited," famous Punjabi singer-actor Preet Harpal, who was with Randhawa when he was attacked, posted on Facebook.

The accused who assaulted Guru Randhawa was misbehaving during the singer's concert as well, reported ABP Live. After the attack, the singer was rushed to a nearby hospital in an ambulance. The police authorities are trying to find out the identity of the attacker. A day before the attack on July 28, Guru had performed in Dallas, Texas. He is now scheduled to perform in Pakistan after his tour in Canada. The Punjabi singer had recently partnered with American rapper and singer Pitbull for their hit song 'Slowly Slowly'.

Dallas you’re the best ❤️
I love you, can’t wait to be back with you all soon.
Live in Vancouver on 28th July 🔥🔥 pic.twitter.com/405lu1Rlcd

Guru Randhawa has songs like 'Lahore', 'Ban Meri Rani', 'High-Rated Gabru', 'Suit Suit' among others to his credit. The singer also a huge fan following across social media, with 10.5 million followers on Instagram alone.