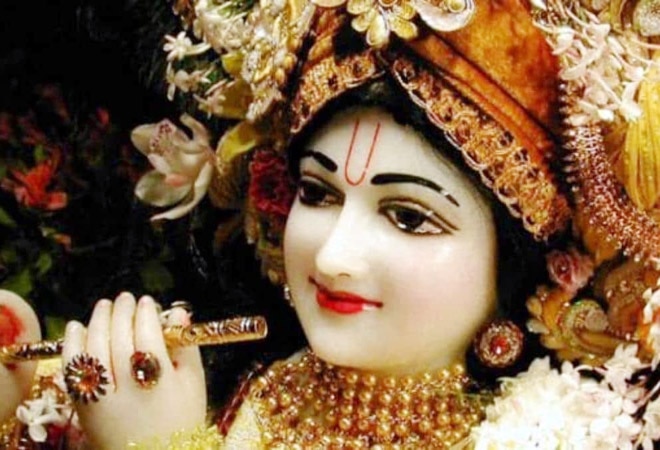 Krishna Janmashtami is celebrated with much pomp and fervour in Mathura and Vrindavan, besides other parts of the country

Krishna Janmashtami or Gokulashtami is celebrated across India to commemorate the birth of Lord Krishna, who is also considered to be the eighth incarnation of Lord Vishnu. Janmashtami is generally observed on the Ashtami (eighth day) of Krishna Paksha in the month of Shravan or Bhadrapad.

Krishna Janmashtami is celebrated every year in the month of August or September, as per the Gregorian calendar. This year, devotees will celebrate the 5,247th birthday of Lord Krishna, according to Drikpanchang.

On this day, people act in dance-dramas based on anecdotes from Lord Krishna's life as per the Bhagavata Purana, sing devotional songs through midnight and fast during daytime.

Devotees also wash idols of infant Krishna that are then clothed and placed on a cradle. Following this, the devotees break their fast and share food and sweets.

Krishna Janmashtami is celebrated with much pomp and fervour in Mathura and Vrindavan, besides other parts of the country.

When the couple's eighth child, Krishna was born, Vasudeva managed to rescue him and handed him to Krishna's foster parents- Nanda and Yashoda in Vrindavan. Vasudeva returned to Mathura with a baby girl and handed her to Kansa. When the king attempted to kill this child, she transformed into Goddess Durga. Several years later, Krishna went to Mathura and killed Kansa.