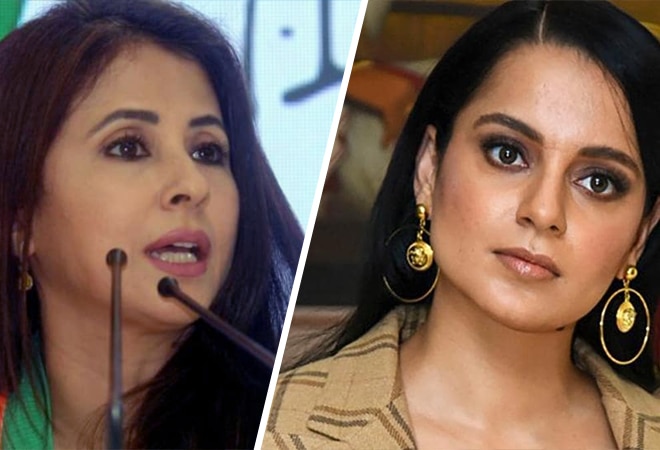 Kangana Ranaut should do the film industry a huge favour and reveal the 'big names' that are part of Bollywood's drugs mafia, Urmila Matondkar said. She stated, "Where are the names? I would like Kangana to actually come forward and do all of us a huge favour by giving out those names and calling out those people. Let's have it all out. I will be the first one to say thumbs to you girl."

The Satya actress said that Kangana should come out on all these issues "once and for all, instead of going on and on and on". She further added that Ranaut's comments now risk sounding like a constant rant. She also said that Ranaut's allegations about rampant drug usage in the film industry were nothing other than an overstatement about the situation in the industry.

Matondkar also talked about Prime Minister Narendra Modi's invitation to the film industry to spread the message of Mahatma Gandhi in 2019 and said, "Do you think the honourable Prime Minister would have sought the support of such an industry that has drug addicts in it?"

Urmila accused the Manikarnika actress of playing victim constantly and told India Today in an interview, "You have to decide do you want to constantly play the victim card non-stop and say main toh victim hun, victim hun, victim hun." Talking about Kangana's statement on Mumbai and her comparison of the city with Pakistan-occupied Kashmir (POK), Matondkar said that everything that Ranaut has today - name, fame and money - is all because of the film industry.

She also questioned the timing of Kangana's statements and said that while she considers Kangana to be a lovely actor who has done some lovely work and made a mark for herself, one wonders "how come you have problems with everybody in an industry where you have worked for 10 years?".