"Going by the recent monthly trends, the next 12 months may see 5 to 6 times the growth over the previous 12 months,” said Sohinder Gill, Director General, SMEV.

Even, Amitabh Kant, CEO of NITI Aayog, tweeted that he’s “delighted to see that electric two-wheelers are seeing a triple-digit growth… Customers now shifting in large nos from petrol to electric models.”

Delighted to see that electric two - wheelers are seeing a triple -digit growth.Sales of E2W increased by 132% in 2021. A total of 233,971 E2W were sold during the year as compared to 100,736 a year ago. Customers now shifting in large nos from petrol to electric models.

The high-speed E2Ws, which have speeds more than 25km per hour and require a full license, registered 425 per cent growth, shows data released by the Society of Manufacturers of Electric Vehicles (SMEV). 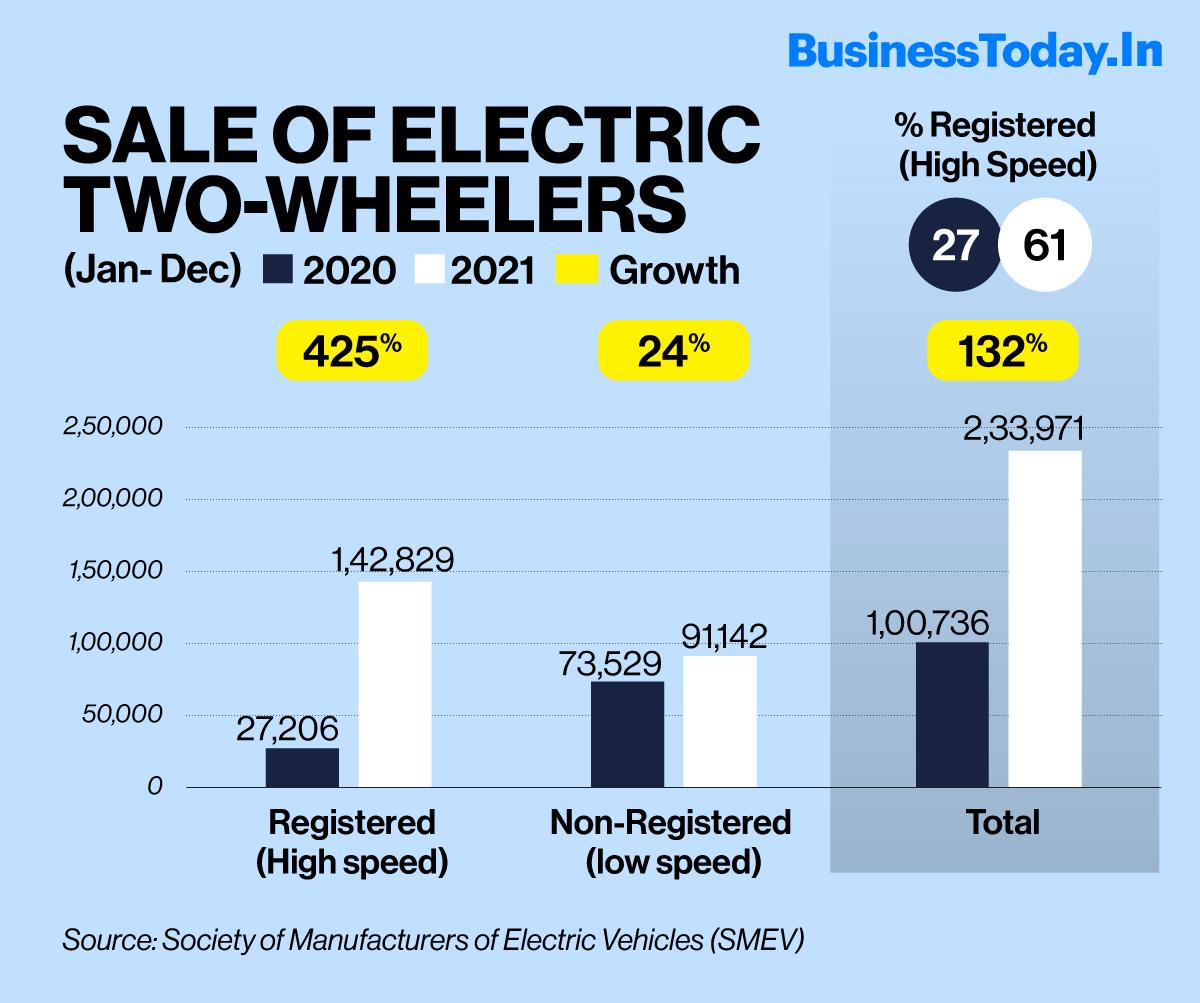 While commenting on the performance of the E2W industry, Gill added, “We haven’t seen better days than the last few months in the entire EV journey. In the last 15 years, we collectively sold around 1 million e2w, e-three wheelers, e-cars, and e-buses, and we will most likely sell the same 1 million units in just one year beginning January 22.”

“The recent positive changes in EV policy through FAME 2 are a game-changer and a decisive move by the government to ensure a cleaner and greener transportation sector, reducing reliance on expensive and contaminated liquid fuel. Customers have now started shifting in large numbers from petrol two-wheelers to electric ones due to attractive prices, lower running costs, and lower maintenance. A significant percentage of customers also factor in the environment and sustainability in their decision to buy an electric two-wheeler,” he further said.

Indian E2W market is divided into 3 segments - low speed, city speed, and high speed. The low-speed E2Ws, having a top speed of less than 25km per hour and needing no license or registration, grew only by 24 per cent. The low-speed segment is not subsidised under the FAME II policy. 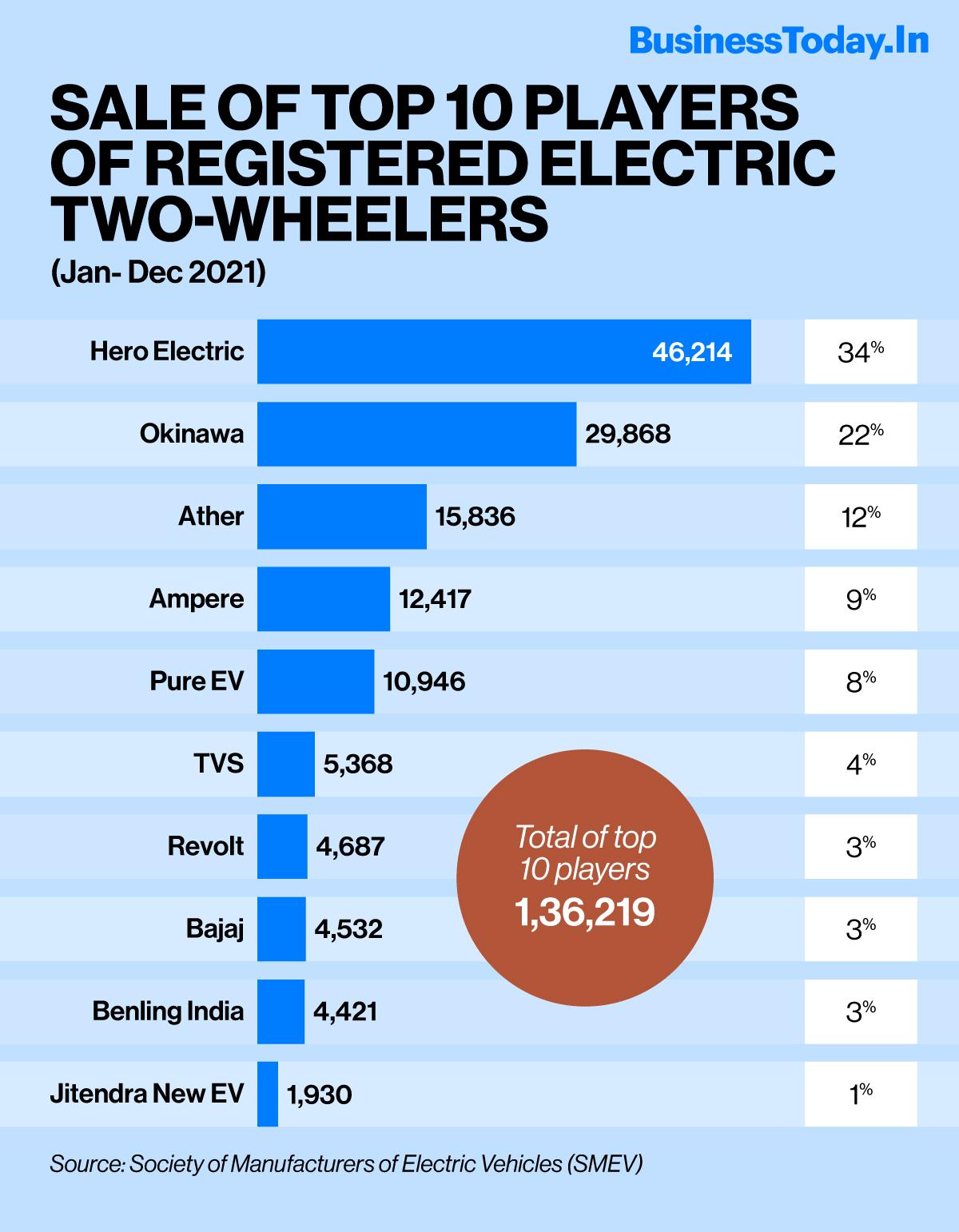 The low-speed segment’s market share used to be over 70 per cent in most of the previous years but has dipped to less than 15 per cent in the last quarter of October-December 2021.

In December, Hero MotoCorp saw a 12 per cent decline in domestic sales, Bajaj Auto ended the year with sales down nearly one per cent from its December 2020 tally. While TVS Motor saw its December sales fall 17 per cent, Royal Enfield’s December sales were almost flat.

With India seeing a rapid increase in coronavirus cases, especially with the Omicron variant, it remains to be seen how the sales will pan out in the last quarter of the financial year 2021.