On the historic achievement, ISRO's chairman K Sivan said the original lifeline of Mission Mangal was only six months, surprisingly,the MOM has outlived its life by completing five years of orbiting Mars

The Mars Orbiter Mission, also called Mangalyaan has completed five years of orbiting the red planet on Tuesday. Mangalyaan ("Mars-craft" in Sanskrit )is orbiting Mars since September 24, 2014.  It was India's first interplanetary journey to cross the Earth's orbit successfully.

On the historic achievement, ISRO's chairman K Sivan said the original lifeline of Mangalyaan was only six months, surprisingly,the MOM has outlived its life by completing five years of orbiting Mars.

"Mangalyaan mission, which was initially meant to last six months, has completed five years of orbiting Mars and is likely to continue for some more time," said K Sivan.

Sivan added that in the last five years, the MOM or Mangalyaan has helped India's space agency to prepare a Mars atlas (Martian Atlas) based on the images provided by the orbiter. So far, the Mars  Color Camera (MCC) orbiter has sent thousands of pictures totaling two terabytes, including close distance images of Phobos and Deimos--two moons of Mars. 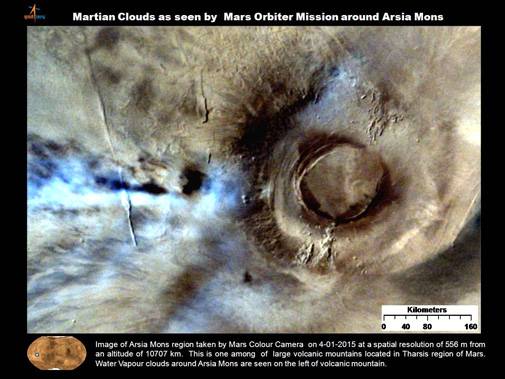 The Mars orbiter Mission is the only Martian artificial satellite that could capture the full disc of Mars in one view frame and also takes images of the far side of Deimos, the space agency said.

The most important findings of Mangalyaan:

According to former ISRO chairman AS Kiran Kumar, the Mars Orbiter Mission has discovered that dust storms on Mars can rise up to hundreds of kilometers. Also, the data from this mission to Mars has helped produce 23 publications in peer-reviewed journals.

Mangalyaan, when launched on November 5, was hailed for being cheaper than the Hollywood movie 'Gravity' and much cheaper than NASA's Maven Orbiter. The launch vehicle, spacecraft and ground segment cost of Mangalyaan was only Rs 450 crore.