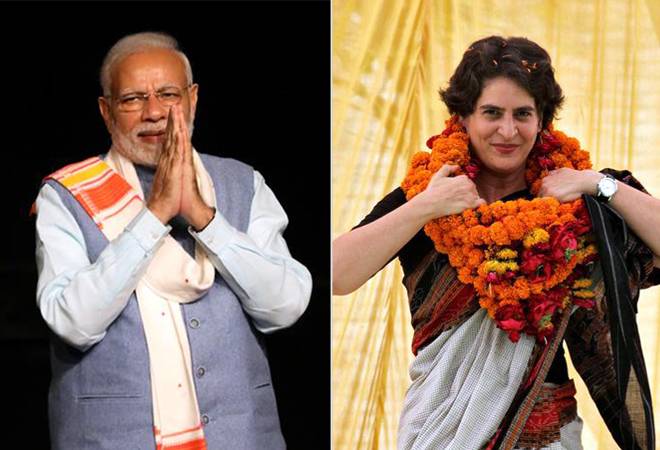 In about an hour-long interview to ABP News, the Prime Minister enunciated his stand on several topics and issues such as demonetisation, BJP-PDP alliance, Congress Manifesto, Priyanka Gandhi, NaMo Tv, Nirav Modi, Ayodhya, the sedition law and much more.

Excerpts from PM Modi's quotes from the interview:

"I was pained that Congress said such things in its manifesto about national security. It has insulted the Indian Army. Its manifesto was speaking tukde tukde gang's language."

"We want an India where AFSPA is not even required. But for that, we need an atmosphere where such a situation is possible. Congress manifesto stinks of Pakistani language. It is the language of the separatists. Congress has insulted army by bringing in accusations like rape."

"Which seat he fights the elections from is his prerogative but, the way he had to go to Wayanad is something to look at, media is saying that winning from Amethi is difficult for him. He can give whatever excuses he wants to give. We are not questioning why he's contesting in two seats, we are questioning why he has run away from Amethi. The BJP has full right to question the latter."

"Mufti sahib was a mature leader when we formed the alliance. We wanted panchayat polls to be held and funds to be given to panchayats. But the PDP didn't want that. So we decided to part ways, and panchayat polls were also held," Modi said.

"I don't call it Mahagathbandan, I call it 'Mahamilavat'. NDA is also an alliance. In Jammu and Kashmir when we forged an alliance with PDP, we had come close, but we were not together. The mandate was such that we had to walk together. However, today NDA alliance is not contradictory. Like Shiromani Akali Dal, we are together in good times and bad. Unlike in UPA. Two years back during Uttar Pradesh Assembly Elections, two guys wore jackets and came on TV as if shooting a film. Today they are standing as opposition themselves."

"Pakistan tweeted it itself. We had not made any claims. Those who want to debate how many were killed can continue to do so. Pakistan would have badmouthed us if we had attacked civilians and army installations. Our target was only terrorists. We carried out research and it was carried out successfully. Pakistan cannot accept it because that will mean they will have to accept that terrorist activities were happening on their land. It is a matter of worry that Indians are speaking the language Pakistan would like."

"It is unclear who runs the government in Pakistan: the elected government, the army, the ISI or the Pakistanis residing abroad who are running it from afar? Pakistan should stop exporting terrorism to India. We have differences with China, but we are not going to let them get converted into dispute."

"When people were protesting against the nuclear power plant in Tamil Nadu, Congress had arrested 6,000 people under sedition laws. The same Congress now wants to abolish the sedition law to stand by the ones who want to break India into pieces. They want them to go free?"

Where was PM when Pulwama happened?

"In democracy, anyone can contest from anywhere. I don't fear about who are contesting from where, it doesn't matter to me."

"It is as a result of the measures taken by us that the fugitives had to land in jails of the countries where they fled; and because of us their properties are being seized."

"The nation runs on law and we are making full use of law; but it is to see why these people had to flee, because they were enjoying under Congress rule."

"I haven't had the time to see the channel. I am sure the people of the country have started believing now that Modi doesn't favour the corrupt."

"It's not just me but everyone wants Ram Mandir to be built. We can only wait for the Supreme Court's decision to find a solution for it."

Muslims' trust issues with the government

"The formal economy has been advanced, crores of undisclosed income has been found, benami properties have been seized, etc."