The manifesto further mentions that Congress promises to take strategic and hard measure to defend the territorial integrity of the country and the safety of the people. 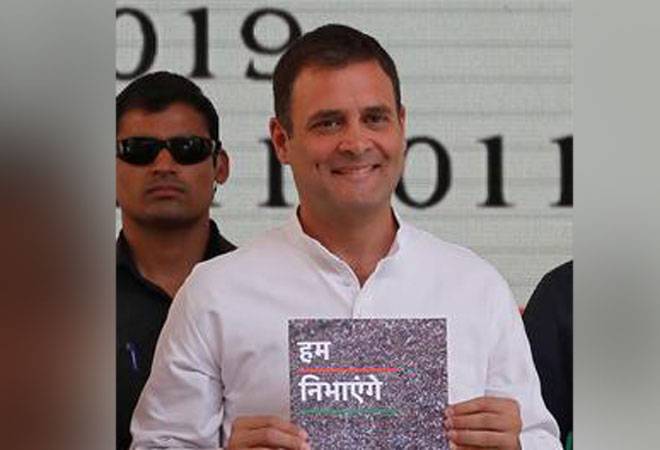 Congress President Rahul Gandhi unveiled the party manifesto in Delhi today. Gandhi promised to bring about multiple changes in the various sectors including defence and security. In the manifesto Congress said that national security is dependent on sound defence and foreign policies and wise leadership. The manifesto further states that Congress will increase defence spending to meet the requirements of the armed forces.

"Congress will reverse the trend of declining defence spending under the NDA government, and will ensure that defence spending is increased to meet the requirements of the Armed Forces. We will expedite all modernisation programmes of the armed forces in a transparent manner," the manifesto states.

The manifesto further mentions that Congress promises to take strategic and hard measure to defend the territorial integrity of the country and the safety of our people. Talking about security, the manifesto mentions that national security in the current times is not only bound to geographical boundaries but has expanded to the territory to include data security, cyber security, financial security, communication security and security of trade routes, which is why the party promises to draw up suitable policies to address the same.

"The BJP government left the National Security Advisory Board in limbo between January 2015 and October 2016 and then truncated the body. Congress will re-establish the NSAB, provide a statutory basis to the body, appoint experts from different disciplines and ensure that it will function as a permanent, professional advisory body advising the NSC and the government," the manifesto states.

Congress also said that it promises to rapidly expand domestic capacity to manufacture defence and security equipment. "We will create manufacturing capacities in the public sector and in pre-qualified, security-cleared private sector companies," the manifesto further adds.