The actor-turned-politician, who contested as an Independent, has bagged only 28,831 votes while BJP's P.C. Mohan is in the lead with more than 6 lakh votes 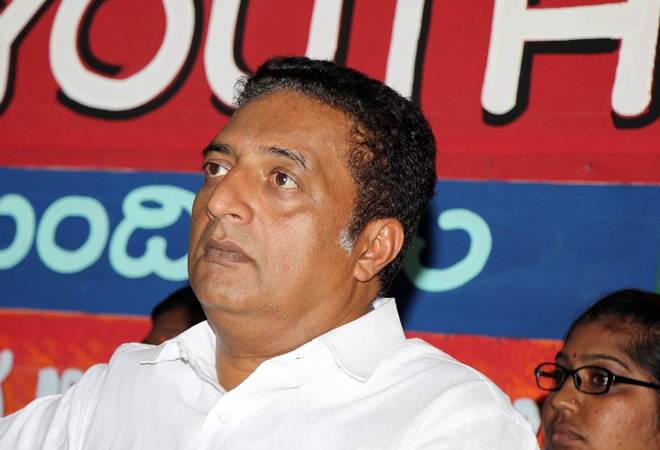 National Award-winning actor-turned-politician Prakash Raj, who contested as an independent candidate from the Bangalore Central constituency, has faced a massive defeat in his maiden elections. The vocal BJP critic has bagged only 28,831 votes, or less than 3 per cent of the total votes polled in the constituency, as of 4 pm. Meanwhile, BJP's P.C. Mohan, who has bagged more than 6 lakh votes (50.32 per cent), is in the lead, followed by Congress candidate Rizwan Arshad with 5.31 lakh votes.

Down, but not out, the actor took to social media to talk about his results, adding that he will continue with his stand against the ruling party. Raj became politically active after his friend and journalist-activist Gauri Lankesh was murdered in September 2017. He is among those seeking justice for Lankesh.

"a SOLID SLAP on my face ..as More ABUSE..TROLL..and HUMILIATION come my way..I WILL STAND MY GROUND ..My RESOLVE to FIGHT for SECULAR INDIA will continue..A TOUGH JOURNEY AHEAD HAS JUST BEGUN ..THANK YOU EVERYONE WHO WERE WITH ME IN THIS JOURNEY. .... JAI HIND," he tweeted around noon today.

Raj left a counting centre midway after learning that he was trailing at third place. A video posted by a prominent Karnataka daily on Twitter showed him walk out sporting a slight smile, followed by his supporters. Bengaluru Central has traditionally been a BJP stronghold, with Mohan winning the seat in 2009 as well as 2014.

Earlier this month, before heading to Delhi to campaign for the Aam Aadmi Party, Raj had told the media that Indians need to come together to "reclaim the republic" that is on the verge of losing with the onslaught of communal and hatred politics. He has previously also alleged that Bollywood filmmakers had stopped offering him roles as he has been critical of the Prime Minister Narendra Modi-led government.

Bangalore Central was among the 15 constituencies in Karnataka that had voted on April 18, Pase 2 of the seven -phased elections.