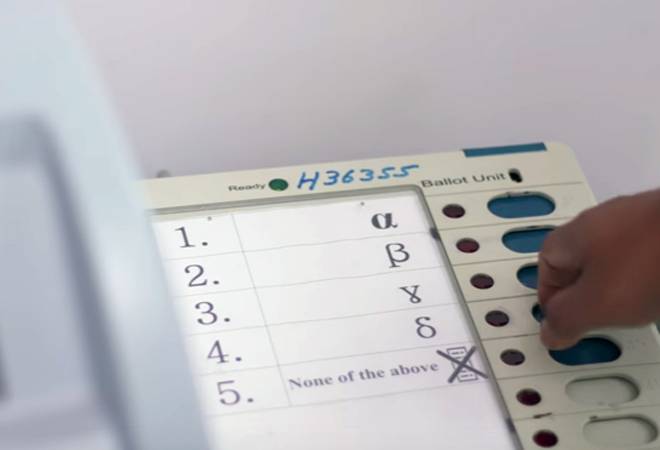 The third phase of the Lok Sabha Elections is underway today. A total of 115 constituencies across 13 states and 2 union territories are going to the polls today. The states that are going to the polls on Phase 3 are Assam, Bihar, Chhattisgarh, Goa, Gujarat, Jammu and Kashmir, Karnataka, Kerala, Maharashtra, Odisha, Uttar Pradesh, West Bengal, along with the union territories of Dadra and Nagar Haveli and Daman and Diu.

Voters across these states will have to cast their votes on an EVM machine at the polling booths. The EVM machine has undergone a modification this time around and comes along with a VVPAT machine. EVM stands for Electronic Voting Machine and VVPAT stands for Voter Verifiable Paper Audit Trail.

The VVPAT is basically a confirmation that the candidate of your choice has received your vote.

Here's how to cast vote in an EVM machine:

Do keep in mind that you must check your name on the electoral roll. If your name if not on the electoral roll, you will not be allowed to cast your vote. Moreover, in case you want to check details of your polling booth, you can check on electoralsearch.in or type ECIPS<space>EPIC and SMS to 1950. The EPIC number is the voter ID card number. EPIC stands for Electors Photo Identity Card.