Amit Shah, who is contesting his first Lok Sabha election from Gandhinagar, has secured 8.74 lakh votes while the Congress candidate Chavda Chatursinh Javanji has got 3.30 lakh votes 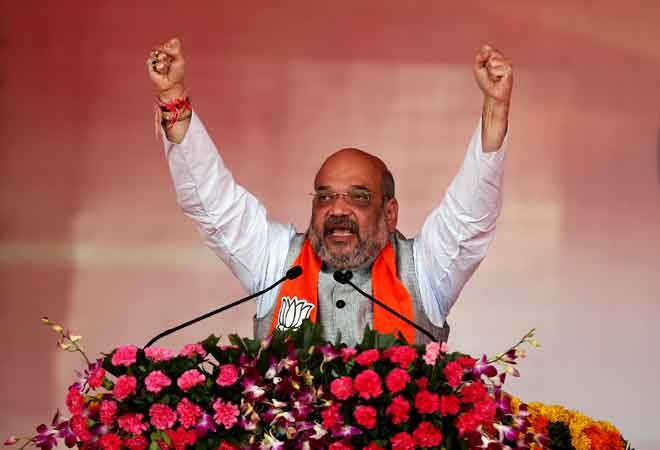 Amit Shah, who is contesting his first Lok Sabha election from Gandhinagar, has secured 8.74 lakh votes while Javanji has got 3.30 lakh votes. Chavda, who is the ex-president of Gujarat Pradesh Congress Committee, is a two-time MLA representing Gandhinagar North seat.

In 2014 Lok Sabha Elections, Advani had won from Gandhinagar by a huge margin of 4.83 lakh votes against his closest opponent Kiritbhai Ishvarbhai Patel of Indian National Congress (INC).

Gandhinagar has been a stronghold of the BJP and since 1989 this constituency has been represented by a member of the saffron party. Late Prime Minister Atal Bihari Vajpayee also represented this seat in 1996 but chose to resign it so that he could represent Lucknow in UP.

Counting of votes is underway in Gujarat with the BJP leading on all 26 Lok Sabha seats. The state went for the polling on a single day during the third phase of polling across the country on April 23. The voter turnout was 65.57 per cent, 0.08 per cent higher than last Lok Sabha Election.

The battle for Gandhinagar shot into limelight in 2019 after the BJP dropped senior leader Lal Krishna Advani from the party's first list of candidates for the Lok Sabha Elections 2019. Advani, who had fought elections from Gandhinagar since 1998, won six times from this seat.