The value of jewellery demand was down by 17 per cent during the period, said data from World Gold Council, the agency tracking gold sales at wholesale level. 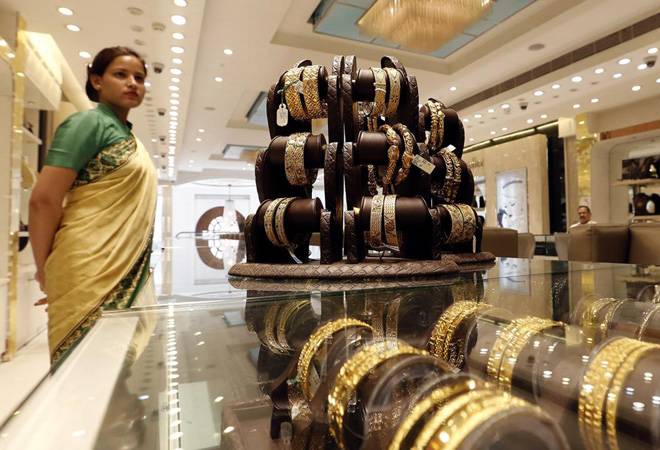 Monsoon, high prices and fears of an impending economic slowdown caused a steep fall in gold sales in the third quarter of this year, in one of the worst quarterly demand for gold in the country since 2005.

The value of jewellery demand was down by 17 per cent during the period, said data from World Gold Council, the agency tracking gold sales at wholesale level.

"Gold sales declined mainly due to weak consumer sentiment, high prices, monsoons, absence of any major festivals and intervening inauspicious periods like Pitru-Paksh. The drop this year has been significant, making it one of the lowest third quarters since 2005", said Somasundaram PR, Managing Director, India, World Gold Council.

While wedding-related purchases provided some fillip to sales, overall jewellery demand fell 35 per cent and bars and coins by 22.3 per cent, due to low levels of general consumer confidence following a lot of noise about an economic slowdown. The increase in custom duty in the July budget from 10 percent to 12.5 percent also contributed to the negative sentiment.

The quarter also witnessed sharp rise in the gold price and deep discount in the cash bullion market, impacting both trade and the consumer outlook. Gold prices rose steadily from Rs 35,000 per 10 grams   in mid-July to Rs 38,795 by end-August. This Rs 5,000 leap in two months caught consumers completely off-guard, prompting many to delay buying and the domestic gold price reached an all-time historic high of Rs 39,011 per 10 grams in the first week of September.

Prices softened in the following final few weeks of the quarter due to the decrease in the international gold price and strengthening of Indian rupee, said World Gold Council.

The Council said despite the fall, full year gold demand estimate for India will be 700-750 tonnes, more likely at the lower end of the range. This will be a little above the 2016 level - which faced disruptions due to jewellers strikes, the introduction of PAN and demonetisation, said Somasundaram.