The Gold Coin Scheme has fared better with buyers acquiring 6,200 of the Ashoka Chakra coins which features a 24-spoke circle symbol and also graces the national flag. 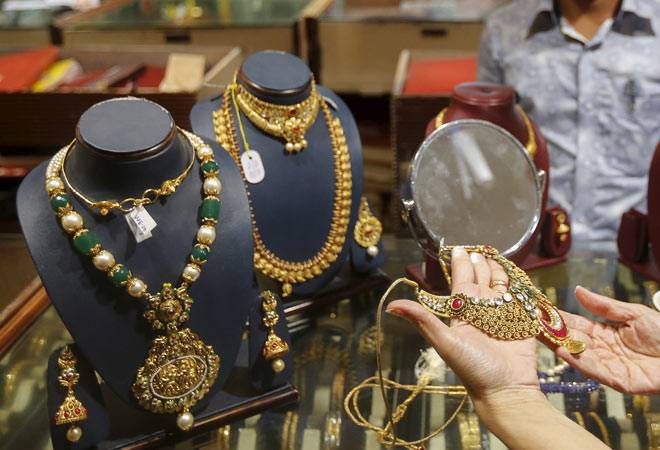 Indians have a deep attachment to gold, which they value not just as a wedding gift but also as a way to keep wealth away from eyes of tax collectors. (Photo: Reuters)

sA gold deposit scheme launched amid fanfare by Prime Minister Narendra Modi two weeks ago has so far attracted only 400 grams, an industry official said on Thursday, out of a national hoard estimated at 20,000 tonnes.

Modi has urged people to put gold stashed in homes and temples in the bank, offering modest rates of interest that earlier schemes have lacked. His government has also launched 'paper' gold in the form of gold-backed bonds.

A shortage of centres to assay the gold being put on deposit is a problem that the government has agreed to address, said Anil Sankhwal, the northern regional chairman of Gem and Jewellery Export Promotion Council.

"Only 400 grammes have been deposited so far," Sankhwal told reporters after meeting financial ministry officials. "The government has agreed to review the scheme and open more centres for gold testing and depositing in banks."

Indians have a deep attachment to gold, which they value not just as a wedding gift but also as a way to keep wealth away from the prying eyes of tax collectors.

That, say experts, will make it a challenge to wean them off the yellow metal and put the vast store of wealth to work in the country's undersized financial system, funding investments that Modi hopes would promote economic growth and create jobs.

The number of testing centres would increase to 55, and refineries to 20, by the end of the year.

Another scheme, to mint own series of gold coins, is going a bit better than the deposit scheme.

Buyers have acquired 6,200 of the Ashoka Chakra coins - which carry the symbol of a 24-spoke circle that also graces the national flag and has its origins in Buddhism.

Gold climbs off five-year low as dollar pulls back