Shares of Jet Airways fell as much as 3.6 per cent in early trade today amid reports that the company on Wednesday deferred the March salary payment to its employees. 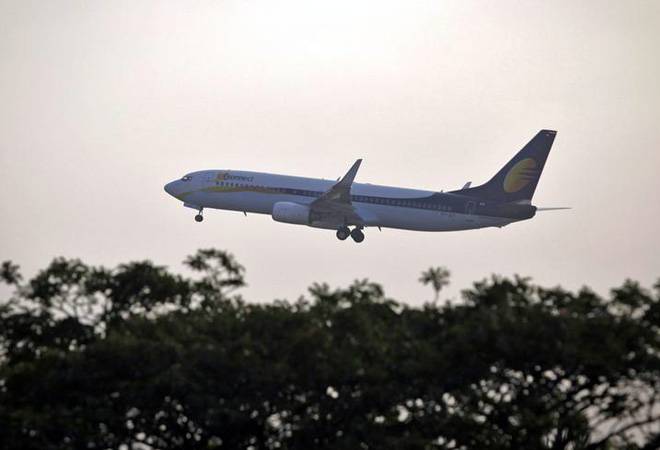 Jet Airways informed that salaries for March 2019 would be deferred for 16,000 employees on Wednesday.

Shares of Jet Airways fell as much as 3.6 per cent in early trade today amid reports that the company on Wednesday deferred the March salary payment to its employees, citing "complexities" involved in the finalisation of the debt-recast plan, under which the SBI-led consortium of lenders has taken over the management control of the airline.

The stock maintained downfall for the fourth consecutive session and has fallen 9.41 per cent during the period. After opening at a loss of 2%, the share slumped 3.66 % to intra-day low of Rs 241.90 on BSE.

The stock has fallen 56 per cent as compared to the sector's negative return of 8.71 per cent for the period of one year. The stock trades above its 50-day moving average but below 5, 20, 100 and 200-day average.

Jet Airways on Wednesday informed employees that salaries for March 2019 would be deferred as the resolution plan was taking longer than expected.

The company has over 16,000 employees on its payroll.

"Given the complexities of such (finalisation of the resolution plan) processes, it has taken us longer than expected. However, we continue to strive and are in continuous deliberations with the lenders and institutions to find a solution.

"In light of the current situation, please note that salaries for March 2019 will be deferred," Jet Airways chief people officer Rahul Taneja said in a communication to staff on Wednesday.

Though the management did not give a specific date for payment, it said the company will provide an update on the issue on April 9.