Maruti Suzuki stock gains over 3% as production rises in November 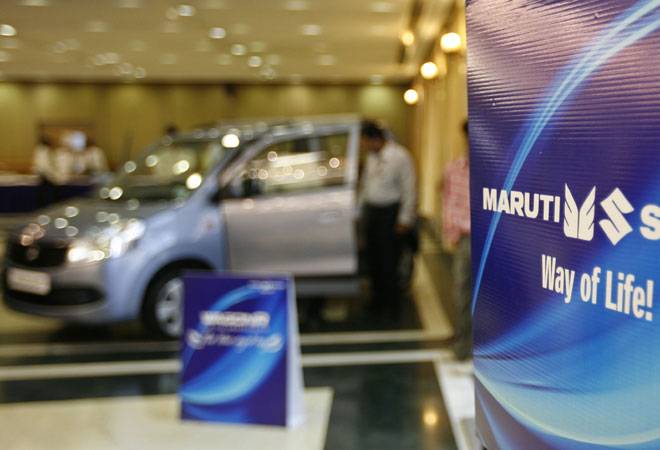 Maruti Suzuki share was among the top Sensex and Nifty gainers on Monday after  India's largest car maker reported a 4.33% rise in production  for November. Maruti Suzuki stock gained up to 3.26% to Rs 7,106 compared to the previous close of Rs 6881.35 on BSE. Share price of Maruti Suzuki opened at Rs 7,000 and hit an intra day low of Rs 6,969.  The large cap stock has gained after 3 days of consecutive fall. However, Maruti Suzuki stock is down 3% in last one year and fallen 4% since the beginning of this year.

Output rose after nine months of continuous decline led by a fall in demand due to the economic slowdown. In a regulatory filing, Maruti said the company produced a total of 1,41,834 cars in November compared to 1,35,946 units in the same period last year , translating into rise of 4.33 per cent. Of the total cars produced in the month, 1,39,084 units were passenger vehicles, while 2,750 units were light commercial vehicles.

On Friday, Maruti Suzuki said it was recalling 63,493 petrol smart hybrid (SHVS) variants of Ciaz, Ertiga and XL6 vehicles manufactured between January 1, 2019 to November 21, 2019.  The Maruti Suzuki stock fell up to 2.04% to Rs 6,862.15  against previous close of Rs 7,005.60  on BSE. On December 3, the car maker said it would raise prices across various models from January 2020. The company said the decision to increase prices was taken over rising input costs over the past year.

"You are kindly informed that over the past year, the cost of the company's vehicles has been impacted adversely due to increase in various input costs. Hence, it has become imperative for the Company to pass on some impact of the above additional cost to customers through a price increase across various models in January 2020. This price increase shall vary for different models, " the company said.

Why HUDCO share price has lost over 10% in two days