Buoyed by exit poll results, the Sensex rose 1,421 points or 3.75 per cent to close at 39,352, posting its highest single-day gain in the last ten years 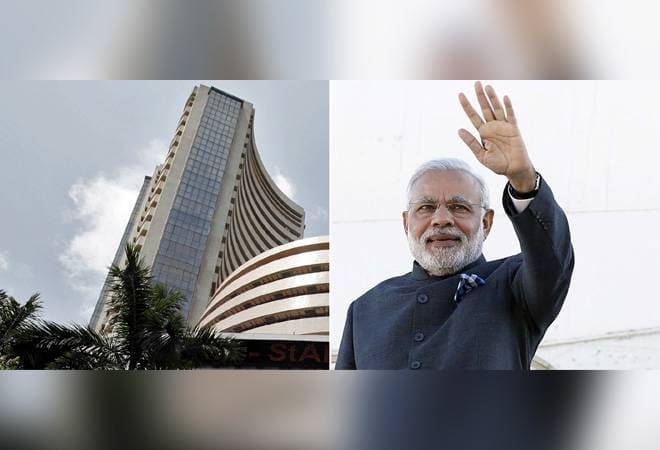 The Bombay Stock Exchange benchmark Sensex set a new record on Monday by posting its highest-ever single day gain in 10 years after exit polls predicted that BJP-led National Democratic Alliance (NDA) would get a clear majority in the 2019 Lok Sabha elections.

During the day's trade, the 30-share barometer touched an intra-day high of 39,412.56, led by gains in index heavyweights such as State Bank of India, YES Bank, IndusInd Bank, Tata Motors Larsen & Toubro, and YES Bank.

Indian benchmarks, Sensex and Nifty closed marginally short of their all-time highs. While Sensex is just 135 points short of its all time high, Nifty needs just 28 points to touch its record high of 11,856. With Sensex rising over 3 per cent each, investor wealth rose by Rs 5.33 lakh crore on BSE.

According to exit polls results, the Narendra Modi government is all set to come to power in the country with an even bigger margin than the 2014 elections. As per India Today-Axis My India Exit Poll, the Bharatiya Janata Party (BJP)-led NDA will win around 339-365 seats, while the Congress party will be reduced to 77-108 seats. The Lok Sabha polls result will be announced on May 23.

Analysts believe the market will cheer the prospect of a stable government at the centre. Also, the possibility of the BJP returning with absolute majority can lift the spirit further.

"Any indication of BJP alone getting a majority can lead to a sharp upsurge in equity markets and strengthening of Rupee. As markets have already discounted an NDA victory such an outcome will lead to markets trading sideways with focus on the onerous quid-pro-quo in terms of plum ministries (especially economic & resources) that could be demanded by BJP's allies," said Ajay Bodke, CEO at Prabhudas Lilladher.