Damani's net worth is now more than Gautam Adani ($10.8 billion) and Sunil Mittal ($9.6 billion), according to data from Bloomberg Billionaires Index

Avenue Supermarts founder Radhakishan Damani has become India's sixth richest person with a net worth of $11.9 billion after the firm's stock price hit an all-time high. Damani's net worth is now more than Gautam Adani ($10.8 billion) and Sunil Mittal ($9.6 billion), according to data from Bloomberg Billionaires Index.

Radhakishan Damani who is also a well known stock market investor also has stake in firms such as India Cements, VST Industries and Simplex Infrastructures among others.

Avenue Supermarts is the parent firm of D-Mart which is among the most profitable food and grocery retail chains in India. 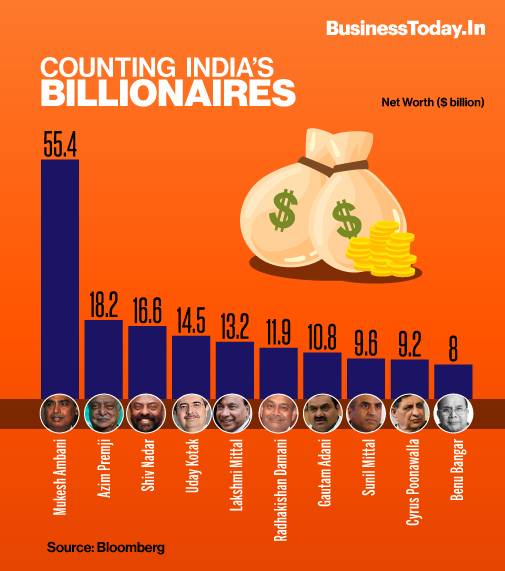 The past year has been particularly good with Avenue Supermarts stock gaining 67.82%. In comparison, Sensex rose 13% during the period. The stock has gained 32.3% since the beginning of this year.  The stock is overvalued, according to analysts but this has not prevented the scrip from hitting new highs of late.

The firm logged a 53.3 per cent year-on-year rise in standalone profit at Rs 394 crore in Q3 of current fiscal compared with Rs 257 crore recorded in the corresponding quarter of last fiscal.